Given the timing in both the UK and the U.S., both Downton Abbey-Nation and Sherlock-Nation are nothing short of beside themselves this week. With Downton closing its doors in the UK on Christmas Day and set to premiere in the U.S. on PBS beginning January 3 and Sherlock set to transmit on New Years Day in both the UK and America, you’ll never guess the one show that seems to be on everyone’s mind these days? 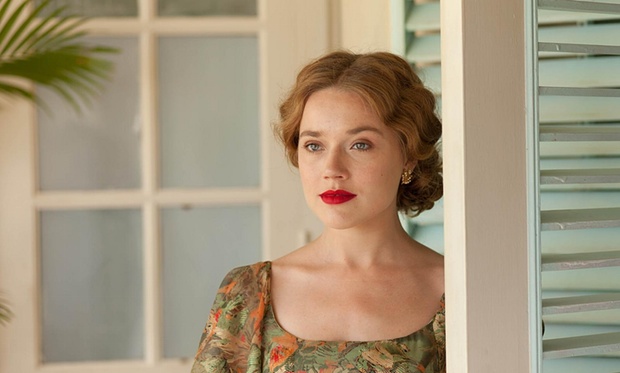 Filmed in Penang, Malaysia, the original drama was set in the summer of 1932 with the British desperately clinging to power while India begins to dream of independence, During the summer months, the Indian Civil Service prepared for its annual move to Simla which doubled as the summer home of a group of British socialites at the time of the British Raj.

For series 2, the Royal Simla Club, again headed by the doyenne of the social scene, Cynthia Coffin, is in full swing during the summer of 1935. Julie Walters returns as Cynthia along with a few new characters played by Rachel Griffiths, Art Malik, James Fleet, Sugandha Garg, Arjun Mathur and Blake Ritson. Returning with Walters will be Jemima West (Alice Whelan), Henry Lloyd-Hughes (Ralph Whelan) and Nikesh Patel (Aafrin Dalal).

On the opportunity to return for a second series, Walters said: “I can’t wait to get back to the old girl! There’s some fantastic stuff to come in this series and Cynthia’s naughtiness goes up several notches.”

And, we can’t wait to see what the definition of ‘several notches’ is! While the initial announcement that a series 2 was in the works, the 2016 target transmission date seemed a bit far off but, thankfully, Friday is 2016 so it should be right around the corner right? What about you, are you looking forward to a second series of Indian Summers?