Several years ago, 21-year-old Nathan Feist, a student at Cornell University in New York, succeeded where Basil Fawlty (and, O’Reilly) failed by bringing a semblance of functionality to the most dysfunctional hotel in the seaside town of Torquay on the ‘English Riviera’. Exhibited at the BrickFair, Virginia LEGO convention back in 2014, his intricate LEGO recreation of the famous Fawlty Towers hotel included such iconic series details as the reception desk, the broken-antlered moose head, the fire extinguisher and even the design of the lobby’s tiling. 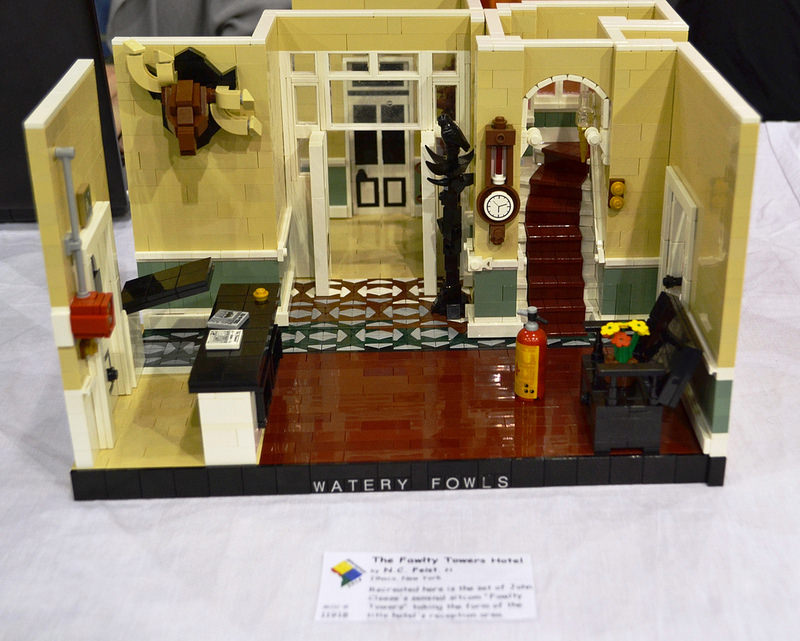 Originally Feist had planned to build the set of Number 6’s apartment from The Prisoner or the combat information center from Battlestar Galactica but, as these had either been built or the LEGO parts were not available, he opted instead for the Fawlty Towers set. He chose the classic seventies sitcom, starring John Cleese, because he wanted to pay homage to one of his favorite television series – that he could exhibit at the convention.

Held annually in July and August, the convention is comprised of teen and adult builders who travel from all corners of the US and from several countries around the world to display their LEGO models or MOCs (‘My Own Creations’) at the exhibition. 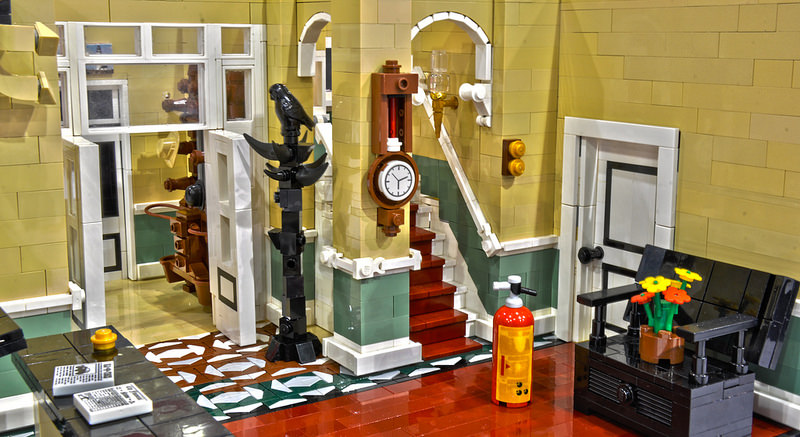 All that’s left now is to get Mr. O’Reilly’s men in so they can remove that rather inconvenient door that leads to the main dining room. While, admittedly, it might be a bit difficult to create a view that Mrs. Richards would approve of, perhaps Nathan could add a lounge, you know, just in case the Major decides to pop in for a whiskey. I’m thinking crossover here and maybe situate it next to the LEGO Winchester Pub. 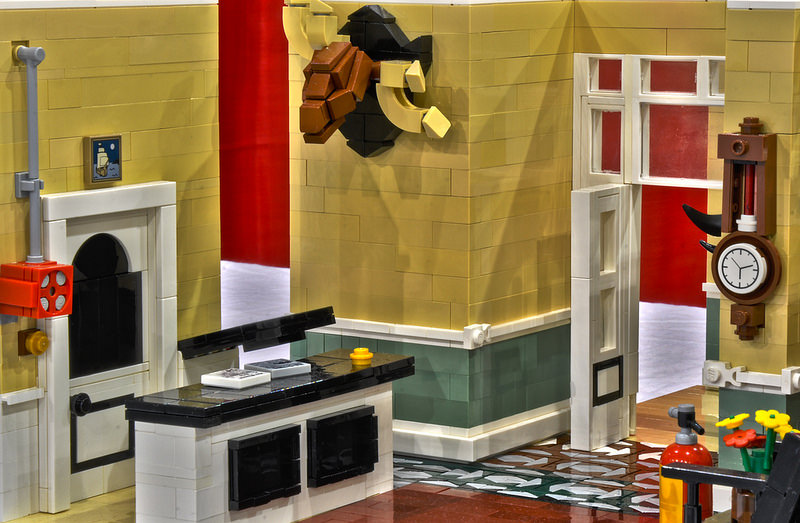