Fresh off a brilliant effort in the film, Philomena, where he starred opposite Dame Judi Dench, Steven Coogan turns his attention to British-born comic genius, Stan Laurel. Coogan will star opposite John C Reilly (Talladega Nights) who will portray Oliver Hardy in the film, Stan & Ollie. Written by Jeff Pope, who co-wrote Philomena with Coogan, Stan & Ollie will focus on the latter stages of the life-long career partnership of Arthur Stanley Jefferson (Stan) and Norvell Hardy (Ollie). 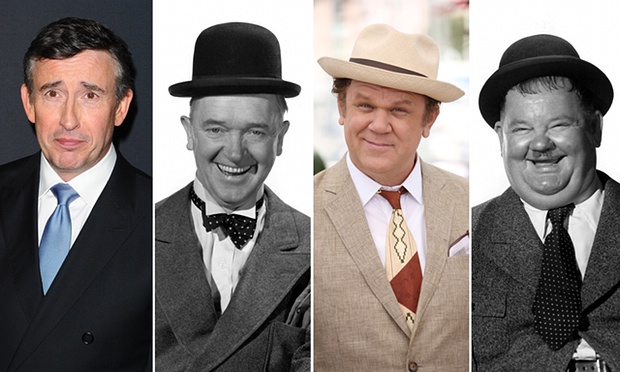 According to Deadline, the film will focus on the now-legendary 1953 tour which took place when the aging duo’s popularity had begun to fade. Once the world’s favourite comedy double act, their golden era a distant memory, Laurel & Hardy set out on a variety hall tour of Britain in 1953. As they set out, crisscrossing the country, attendances are disappointingly low causing the duo to reflect upon their life together.

While the tour becomes a hit, Laurel & Hardy can’t quite shake the spectre of Stan and Ollie’s past; and long buried ghosts, coupled with Oliver’s failing health, start to threaten their precious partnership. A portrait of the most tender and poignant of creative marriages begins to unfold as the duo, aware that they may be approaching their swan song, try to rediscover just how much they mean to each other.

In the meantime, if you need a bit of Steve Coogan before Stan & Ollie comes out, check out the new series of Mid Morning Matters, premiering Feb 8 on Sky Atlantic.