While it has yet to transmit in America, Still Open All Hours will return to BBC One for a third series, according to series star, David Jason. And, while it has yet to be ‘officially’ confirmed by the BBC, Jason spoke of a third series to reporters recently citing a healthy 7 million viewers for last week’s episode as reason enough to keep the store open for business for another series. 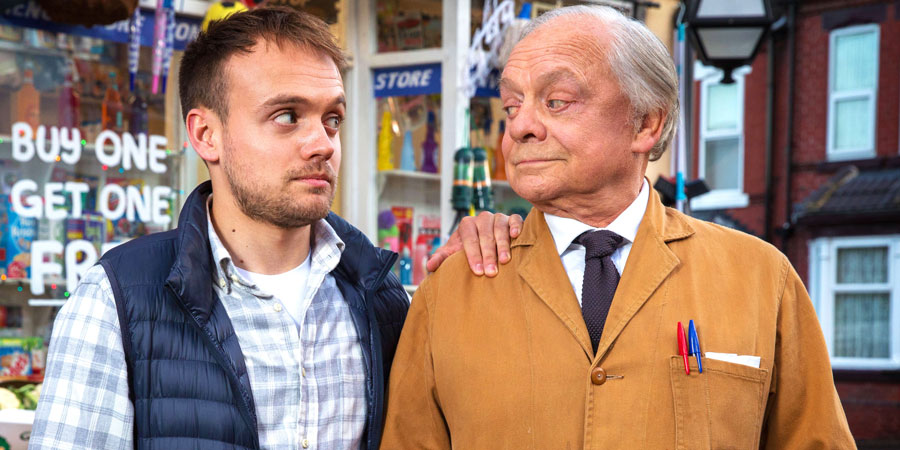 Jason, who reprised his role of Granville from the original Open All Hours series and who now owns Arkwright’s grocery store after inheriting it from his Uncle Arkwright, the shop’s original owner and played by Ronnie Barker, said, “The thing about Still Open All Hours is that it’s a show you can watch with your entire family and you’re not going to be worried about too much sex, so you feel safe. It’s funny and silly and daft and we all know that. You can watch it without any worry or concern about your old gran at 90 or your little baby boy at nine months. They can all watch it and have good fun.”

Written by Roy Clarke, who wrote the original series along with all episodes of both Last of the Summer Wine and Keeping Up Appearances, Still Open All Hours also stars James Baxer, who plays Granville’s son, Leroy, along with original series regulars, Lynda Baron (Nurse Gladys Emmanuel), Stephanie Cole (Mrs. Featherstone) and Maggie Ollerenshaw (Mavis).

With two series in the can and looking more and more like a third series is in the pipeline, let’s hope this updated classic finds a home on public television stations soon.