Nothing screams Valentine’s Day like the greatness that, we call, British telly. It’s time to vote, once again, for your favorite British TV couple that have made sparks fly on the small screen in recent years. Whether we actually admit it or not, TV couples pretty much keep us coming back week to week for our favorite shows. Since Hallmark tells us it’s a day for couples, what better way to celebrate than to take a look back at those couples that have been a part of our collective telly families for the last several years and vote of your favorite.

The on-line poll will remain open until Saturday, February 13 at 6p so you can vote for your favorite all-time British TV couple with the winner announced on Valentines Day. Some may be very clear, some not so apparent. That’s the advantage I have in that I get to make up the rules. Scroll down for a visual reminder of each couple before you cast your vote! And remember, vote early AND vote often.

Captain Ross Poldark returns home after American Revolutionary War and rebuilds his life with a new business venture, making new enemies and finding a new love where he least expects it. He rescues a young woman, Demelza, from a beating, and takes her on as a kitchen maid and attempts getting control of the mines sought after by a rival, the greedy and arrogant George Warleggan. The rest, as they say, is history. 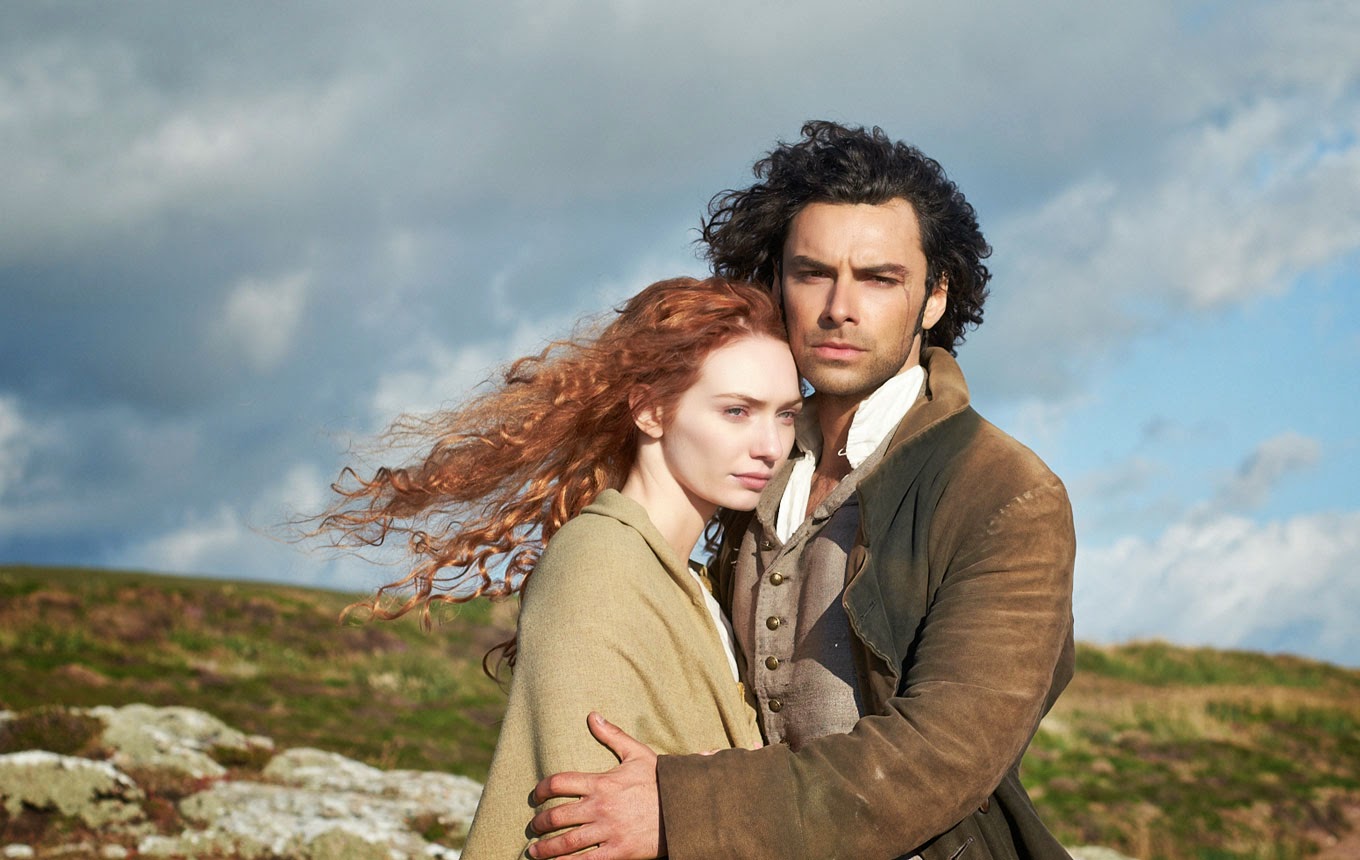 Aging partners Freddie and Stuart, two men who have lived together in their Covent Garden flat for 48 years. Freddie was a budding actor and Stuart worked in a bar when they first met, but their careers are pretty much over and their lives now consist of entertaining their frequent guests, making sure that their aged dog Balthazar is still breathing, and hurling caustic insults at each other. 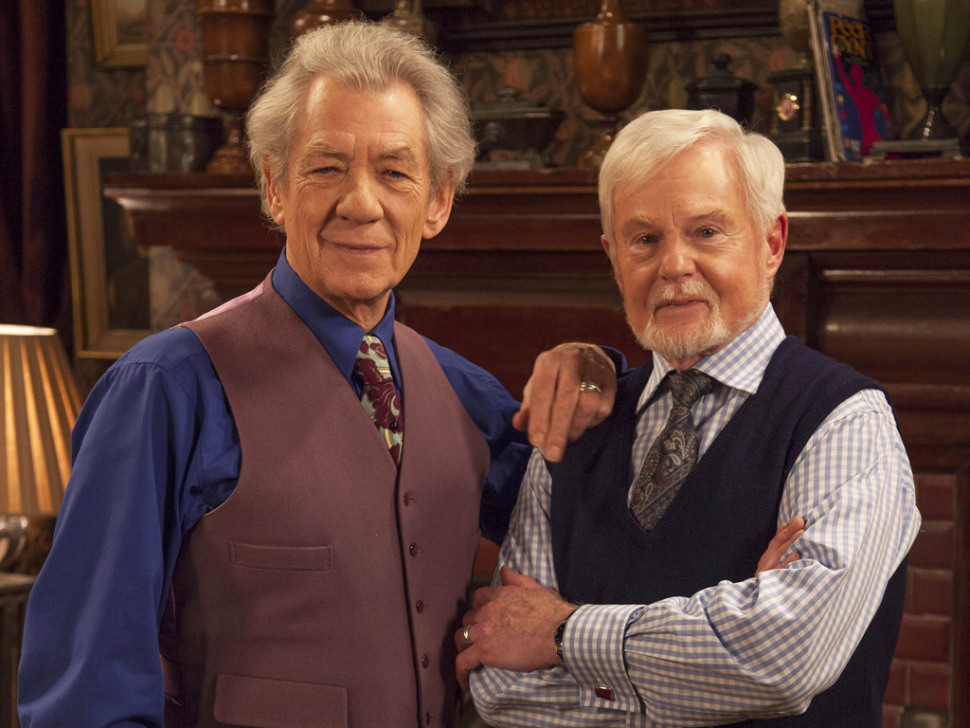 Unassuming Tim Canterbury (Martin Freeman), whose relationship with bored receptionist Dawn Tinsley (Lucy Davis), is a major arc in the series right under David Brent’s nose. Their flirtation soon builds to a mutual romantic attraction, despite her engagement to the dour and laddish warehouse worker, Lee (Joel Beckett) 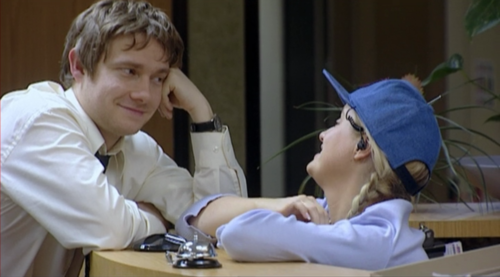 Distant male cousin, Matthew Crawley, a middle-class solicitor, becomes the new heir to Downton Abbey following the sinking of the Titanic. Reluctant to embrace an aristocratic lifestyle, Matthew Matthew eventually falls in love with Lady Mary and, once again, following the birth of their son 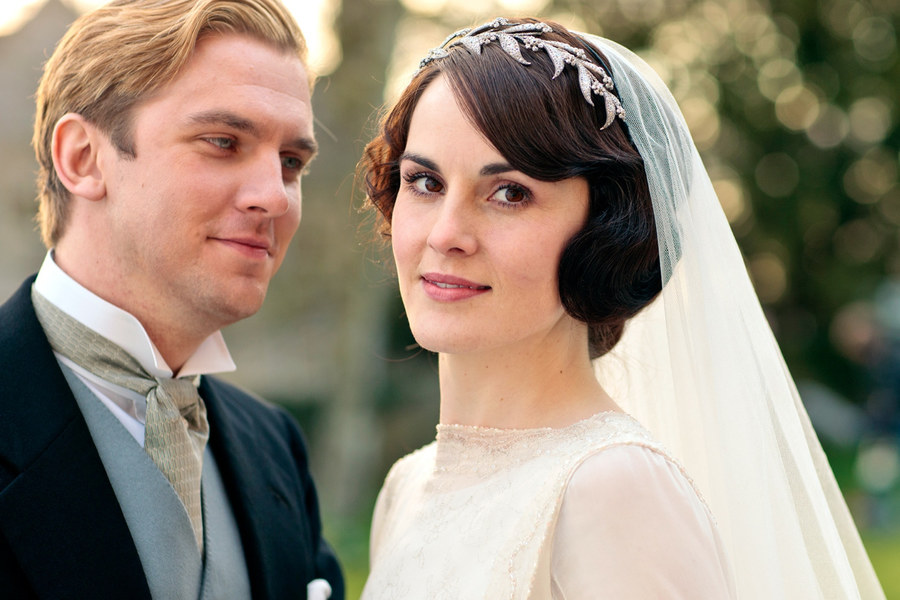 Gary gets a job as chef in the restaurant after coming back from his travels, which happened to be situated next door to Miranda’s joke shop. Being old friends, they immediately meet up and catch up and begin their will they or won’t they relationship. 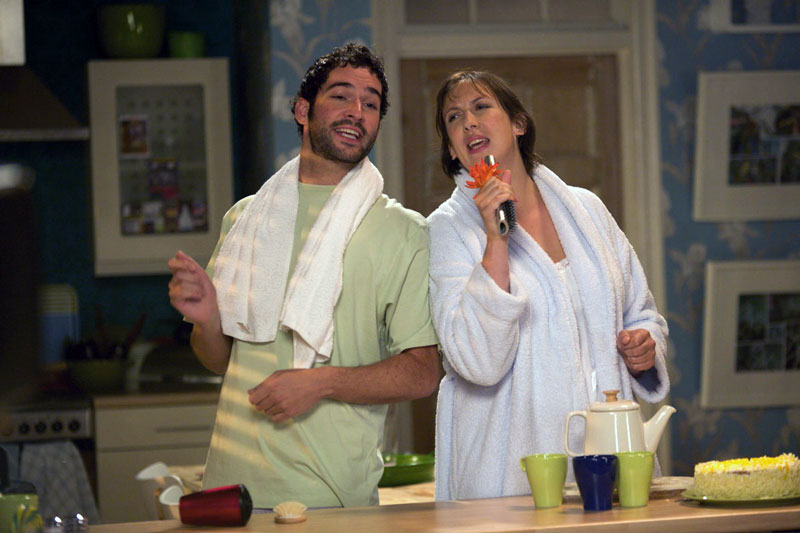 Derek Jacobi and Anne Reid star as widowed septuagenarians, Alan and Celia, childhood sweethearts who have been apart for 60 years. Reunited via Facebook, they meet, fall in love, and plan to marry. 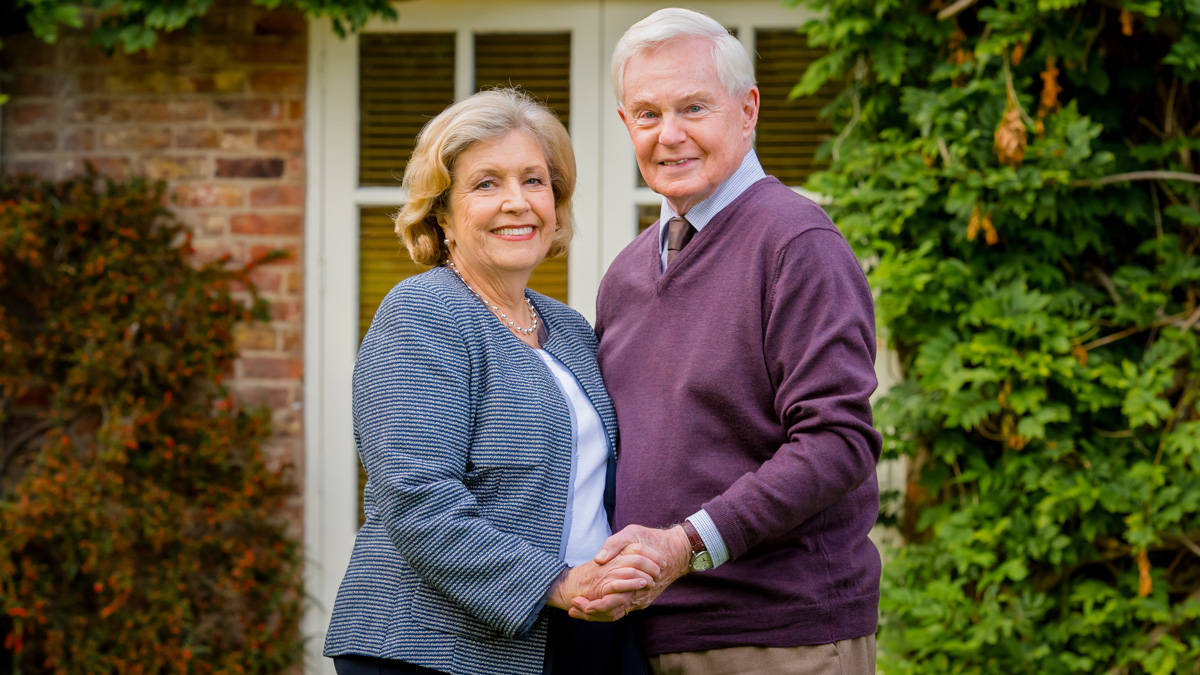 One of the most notable female characters in the Sherlock Holmes series, despite appearing in only one story, Irene Adler is frequently used as a romantic interest for Holmes in derivative works. To Sherlock Holmes she is and always will be, the woman. 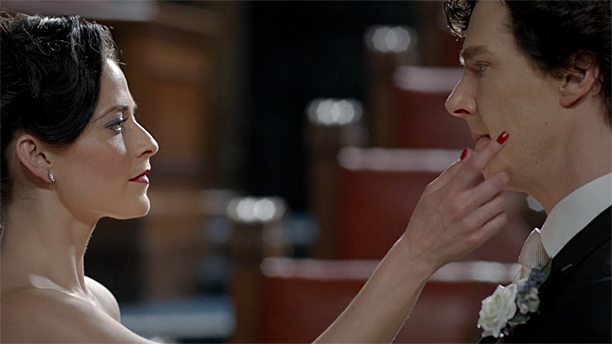