While we don’t know where and, unfortunately, we don’t know when but we do know, according to a very cryptic tweet by Rob Brydon, that he a traveling buddy and fellow Michael Caine impressionist, Steve Coogan, will be embarking on another ‘trip’ soon. Following up on their brilliant 2010 efforts traversing the Lakes and Yorkshire regions with improvised chat in series one and their subsequent 2014 trip to the Italian countryside, BFF’s Brydon and Coogan will definitely delight those that have been their virtual traveling companions over the last few years and, hopefully, pick up a few hitchhikers along the way. 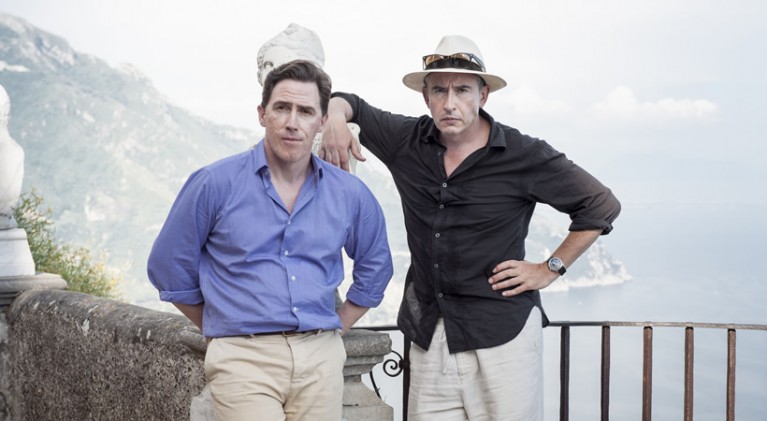 A fan on Twitter recently asked Brydon, “Hi Rob, is there a series 3 of The Trip on the horizon? Thanks“. The comic actor replied “Yes there is. Happy now?” Not too long after, the message was retweeted by production company Baby Cow Productions, which is about as good a confirmation as you can get in 140 characters or less.

For those of you that may have missed either of their first two ‘trips’, these are both in the must-see category.