Several years removed from voting himself ‘off the island’, Ben Miller just wants his telly wife back. After leaving Death in Paradise and the island of Saint Marie, Ben Miller returns to BBC 1 in a new romantic comedy, I Want My Wife Back. Miller talked about his new series yesterday at Comedy presentation during the 2016 BBC Showcase in Liverpool. His “TV wife” in this new series will be none other than Caroline Catz (Murder in Suburbia, Doc Martin, DCI Banks). 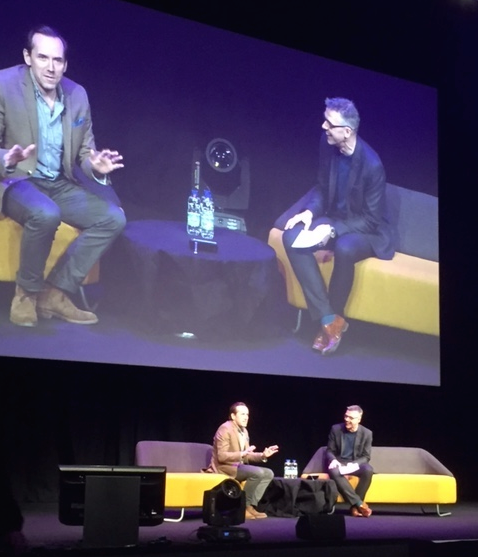 Murray (Miller) is a bit bewildered when his wife Bex (Catz) walks out on their marriage on her 40th birthday. The series follows his attempts to discover what went wrong, why she has left him and how he can win her back. Reminding you a bit of another Ben Miller bit of greatness, The Worst Week of My Life,  I Want My Wife Back is a bit less a journey than a floundering stumble in the dark towards the prize of returning his life to something approaching normality. Friends, family and colleagues are only too ready to offer advice to Murray about what he should do, and each episode sees him adopt a new strategy to achieve his goal.

In explaining the series, Miller said that “…the writers have done a good job of putting me down a hole and then everyone gets to watch Murray painfully try to crawl his way out.” While nothing is available as of yet from a clip standpoint, what we were shown during the presentation looks really promising. Who can argue with a comedy series that stars Ben Miller and Caroline Catz! Look for the first series of six episodes to hit BBC 1 in the not-too-distant future with, hopefully, a public television broadcast not too far behind in America.

Check back tomorrow for a first hand report on Crime Night at the Redrum Club!