As the UK sun sets this week on the 5th series of Death in Paradise, the BBC has announced that the popular crime drama will return for a sixth season in 2017. That’s equally as good news for UK fans that are coming to the end of what has proved to be another brilliant series combining more death on a small idyllic Caribbean island than the law allows and an impressive line-up of guest stars. 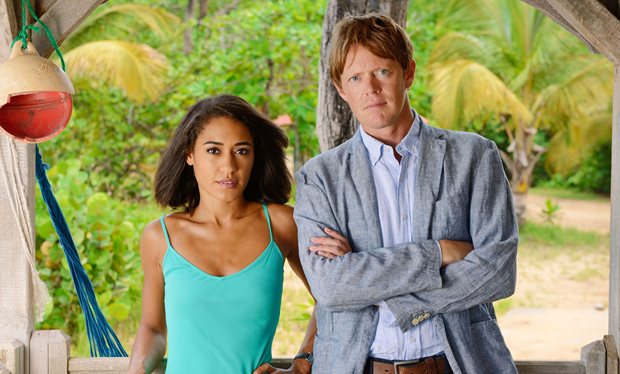 Talking about the success of the 5th series, which is just now beginning on American public television stations, executive producer Tim Key said: “I’m delighted that the fifth series of Death In Paradise has proved so popular. We’ve got more ambitious plans for series six, with a whole host of intriguing puzzles as well as the joy of working with our amazing cast and guest stars. We can’t wait to get back to Guadeloupe and start shooting“.  The forthcoming 6th series will, once again, consist of 8, one-hour episodes and should transmit in the UK in Winter 2017 with a public television broadcast in the States not too far behind.

For American viewers that are just beginning to get a taste of series 5, here’s a brief look.