After today, it’s clear to me that football rules the world. No, not the 16-week American version that usually ends with a fairly mediocre ‘big game’ in February. We’re talking ‘Football’ in the truest sense of the word. In London, watching full coverage on the BBC this morning of the impassioned speeches by the five candidates to succeed former president Sepp Blatter, who had led Fifa since 1998, I was struck by the emotion each candidate put forth in their respective effort so secure the necessary 50% of the vote.

Even South African Tokyo Sexwale, who withdrew before voting began in Zurich, was the very definition of eloquent in his desire to help the new president and to work tirelessly to bring football back to Fifa and Fifa back to football. One couldn’t help but wonder what it would be like if the NFL would have the Roger Goodell’s of the world actually audition for the job publicly in front of television cameras and make them watch as votes were cast. 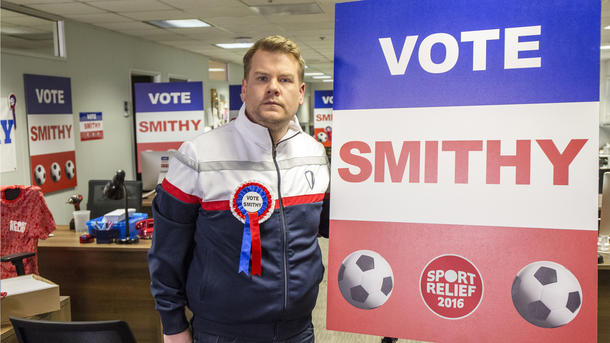 Sadly, one candidate wasn’t mentioned throughout the day that I thought might actually have a chance. Smithy, whose previous experience for the coveted job was three seasons on Gavin and Stacey, even lined up a pretty magnanimous endorsement. Pele, widely recognized as the greatest football player of all time and most successful league goal scorer in the world, gave his own impassioned endorsement for Smithy to succeed Blatter.

Unfortunately, it was not to be as Gianni Infantino was voted in as president of world football’s governing body Fifa with 115 votes over Sheikh Salman bin Ebrahim al-Khalifa (88 votes), Prince Ali bin al-Hussein (4 votes) and Jerome Champagne (0 votes).

Don’t worry, Smithy, there’s always that latenight gig on American telly to fall back on.