Chalk this up as yet another reason why UK telly is more than a cut above the rest of Planet Earth. Take for example, Sunday night. While a majority of the U.S. was trying to think of anything possible to watch other than the mindless red-carpet preview of the 88th Academy Awards, the BBC and ITV battled it out once again, each trying to lay claim to having the best drama on television. With BBC One airing Call the Midwife and The Night Manager, ITV countered with the premiere of Churchill’s Secret starring Michael Gambon as Sir Winston Churchill. 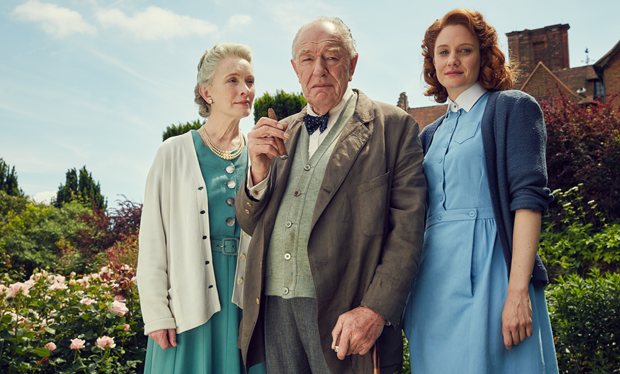 Churchill, now calling 10 Downing Street home for the second time and in his late 70’s, suffers a life-threatening stroke addressing a Downing Street dinner, which is kept secret from the world. Under the orders of Clementine, Churchill is removed to the family home in Chartwell, Kent. With the press silenced, Churchill’s Secret is told from the viewpoint of a fictional young nurse, Millie Appleyard, played by Romola Garai (The Hour), who is brought in to care for him.

The drama follows his battle to recover as his long suffering wife Clemmie desperately hopes the stroke will force Winston to retire while his political friends and foe scheme to plot who will succeed him. Meanwhile his adult children descend on Chartwell, unsure if he will pull through, as tensions within his family begin to surface with the Churchill children, particularly Sarah (Rachael Stirling), Diana (Tara FitzGerald) and Randolph (Matthew Macfadyen), portrayed as disappointed people whose lives have been hobbled by failure to live up to the Churchill name.

Not to say that Call the Midwife and The Night Manager weren’t, Churchill’s Secret was well worth the choice I made on Sunday night. Thankfully, I will be long asleep before the Oscars begin in the States. Look for Churchill’s Secret to make its way to PBS in the not-too-distant future.