In addition to the previously announced re-makes of Are You Being Served, Keeping Up Appearances and Porridge, the BBC has announced plans to add 21st century versions of Up Pompeii, Hancock’s Half Hour, Steptoe and Son and Till Death Us Do Part. Marking 60 years since Hancock’s Half Hour started on July 6, 1956 on BBC Television, the Landmark Sitcom Season will also consist of a variety of new comedy programs on BBC One, BBC Two and BBC Four.

The aim, according to BBC commissioner Shane Allen, is to “celebrate the heritage and legacy of BBC comedy by revisiting some of Britain’s iconic sitcoms alongside launching brand new comedy shows“. Allen continued by saying: “The British sitcom is a huge part of our national identity and cultural heritage. This season is about celebrating the BBC’s rich legacy at a time when British comedy is as popular as ever.” 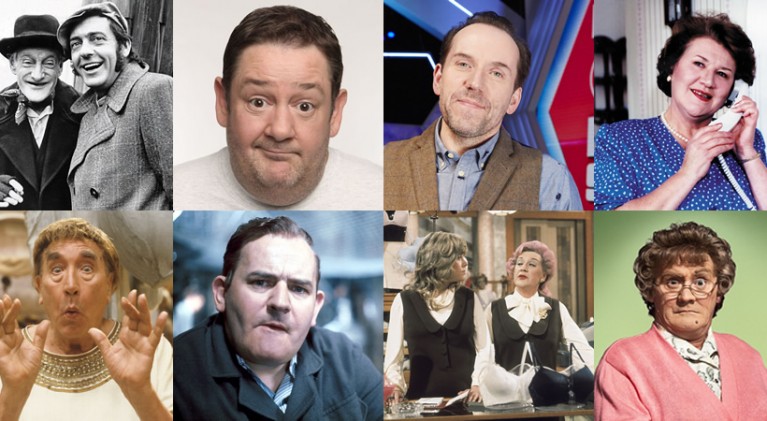 According to our friends over at the British Comedy Guide, the BBC’s Landmark Sitcom Season will include not only the return of some of the BBC’s most classic sitcoms but will also feature new offerings such as Home From Home, Motherland and We Love Sitcom. Full details on the entire ‘landmark’ celebration can be found here with descriptions and up-to-date cast announcements for each series announced so far.

Individual reboots will vary from a content standpoint. Keeping Up Appearances is set to return as a prequel focusing on the Wonderbread years of a “young Hyacinth”, Are You Being Served? will see the cast of Grace Brothers being drug kicking and screaming into the late 80s and Porridge will center around Norman Fletcher’s grandson doing time for computer hacking. All will be created as one-off specials much like the BBC did several years ago with their Open All Hours reboot, Still Open All Hours, to see what might register with audiences and, ultimately, be developed into a longer form series. The positive thing, from my perspective, is that you have the original creators/writers for both Keeping Up Appearances (Roy Clarke) and Porridge (Dick Clement and Ian La Frenais) at the helm. Unfortunately, with Are You Being Served?, both David Croft and Jeremy Lloyd have passed away so both ladies’ and gentlemen’s clothing ground floor departments of Grace Brothers will be in new hands for their entry into 1988.

For much, much older series like Hancock’s Half Hour, Steptoe and Son and Till Death Us Do Part, the BBC has confirmed that they will be part of a BBC 4 series called The Lost Sitcoms set for a July 2016 broadcast. “The Lost Sitcoms for BBC Four is a studio show revisiting scripts of Steptoe And Son, Hancock’s Half Hour and Till Death Us Do Part, which have been lost from the archives. Each sitcom will be recreated with a brand new cast and filmed in a theatrical-style presentation in front of a studio audience.” Episodes from the three series that have been chosen are:

While some may say that this signals the end of ‘new ideas’ when it comes to comedy, the most daunting task, IMHO, will be who is tagged to take the brilliant Frankie Howerd’s place as Lurcio in the new version of Up Pompeii. Not sure I would wish that on anyone, even though it will be written by Further Up Pompeii writers Paul Minett and Brian Leveson which aired in 1991. I’m going to hold out hope. Any thoughts?