According to Peter Capaldi, the new Doctor Who companion has been given the keys to the TARDIS! Clara Oswald, played by Jenna Coleman, officially turned in her key and left the building at the end of the last series of Doctor Who. Coleman will next be seen in the title role in the forthcoming 8-part ITV drama, Victoria.

“There will be a new companion, along any minute,” said Capaldi, “which I’m very excited about, ’cause obviously I know who that is and we’ve been doing a bit of work together already and it’s very exciting. Because it’s a very different sort of take on it.” Word is, unlike Coleman’s Clara Oswald, the new arrival will know “very little about the Doctor”. 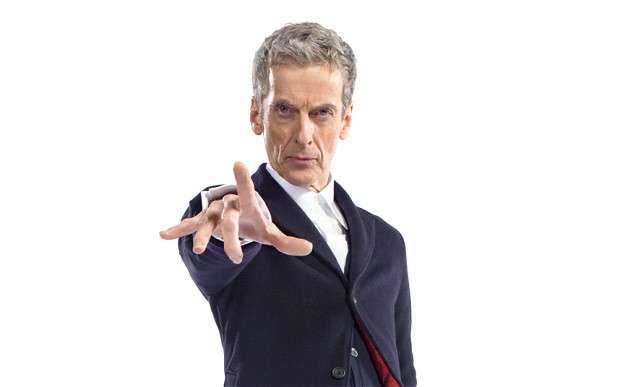 “Clara had prior knowledge of the Doctor,” Capaldi told Brazilian website Omelete. “It was conceived as a human connected to your timeline, and so had access to the cosmic nature of the Doctor. She understood a little about how he was. And as she was already with the Eleventh Doctor, Matt Smith, she knew the Daleks and the TARDIS. Now we have someone who knows very little about the Doctor.”

As with each time a new Doctor or companion is named, speculation is running rampant across the Doctor Who universe as to who the new companion might be. Knowing current showrunner Steven Moffat’s way of toying with the audience whether it be Sherlock or Doctor Who, consider the moment when Peter Capaldi said that the the new companion will know “very little about the Doctor”. Not ‘nothing’ but ‘very little’. Given that both Karen Gillan and Jenna Coleman made brief appearances in earlier episodes prior to starting their respective tenures as the Doctor’s space traveling sidekick, there are several interesting possibilities worth consideration.

Unfortunately, don’t think for a minute the speculation will end with the naming of the new companion. With Moffat leaving at the end of the next series, there’s already speculation as to who the new Doctor will be. Let the speculation games begin….