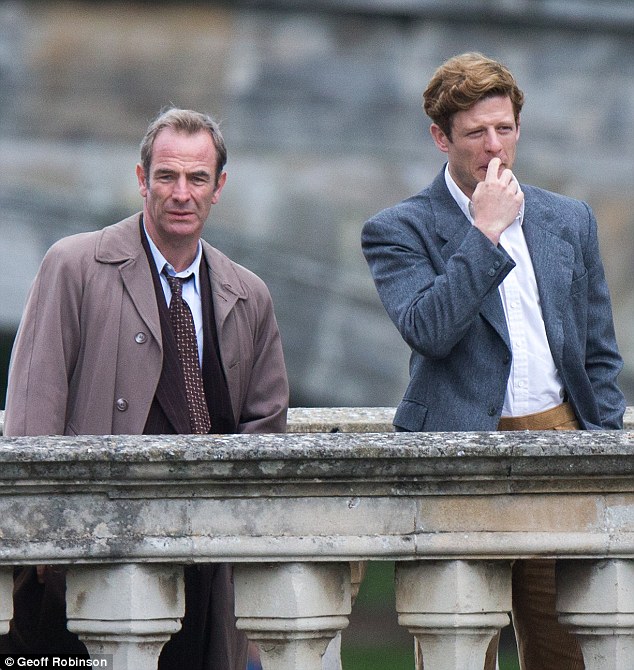 Before we get to series 2, however, there is a good chance you might need is a quick refresher on series 1 which aired on PBS in 2015. Once again, as with yesterday’s Mr Selfridge catch-up, we’ve got you covered.

Speaking of “the scene” above in which the two Grantchester stars appear shirtless following a quick dip in the opening minutes of episode 1, Norton laughed it off saying, “That Poldark shot made me feel incredibly inadequate and emasculated. I can’t deny that Robson and I were in the gym doing press-ups the night before we shot that scene. Of course we were! We were freaking out thinking, ‘oh god, ten million people are going to be watching us in our swimming trunks”.