Fifteen years following his redundancy from Werner Hogg Paper Company, David Brent hits the road to live the life of a rockstar in the forthcoming mockumentary, Life on the Road. Before that, Ricky Gervais is headed to war-torn Ecuador by way of a New York apartment in Special Correspondents. The comedy, a remake of a 2009 French film, Envoyés très spéciaux, is set for a late April premiere at the Tribeca Film Festival followed by an April 29 premiere on Netflix. 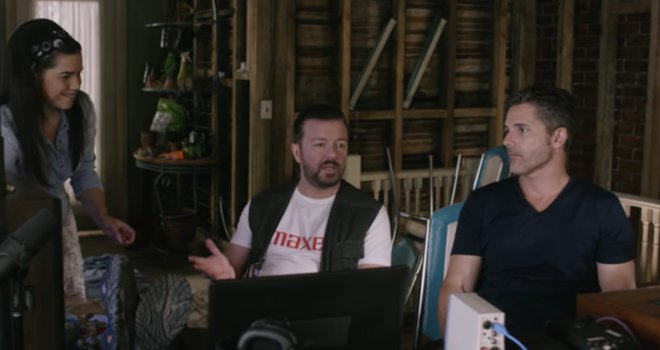 The storyline revolves around struggling radio journalist play by Eric Bana with Gervais as his sound engineer. It seems as though they take a little detour on the way to reporting from war-torn Ecuador and begin their fake ‘frontline’ reporting from a nearby Manhattan apartment that is actually next door to the radio station the employs them. Things are fine until they actually have to travel to Ecuador. Unfortunately, it’s either that or go to jail.

Written, directed and co-produced by Gervais, Special Correspondents will premiere in late April at the Tribeca Film Festival in New York followed by an April 29 premiere on Netflix.