This Easter, the 24-carat minds over at the UKTV Gold channel decided to remake some of our favorite comedies with the best actors in the business to promote their Easter line-up.. Looking back, the powers that be now admit they probably should’ve used humans. Instead, they went all BBC 3 on us and decided to get some bunny rabbits as opposed to real actors to re-create classic sitcoms including The Office, The Vicar Of Dibley, Only Fools And Horses and Miranda. 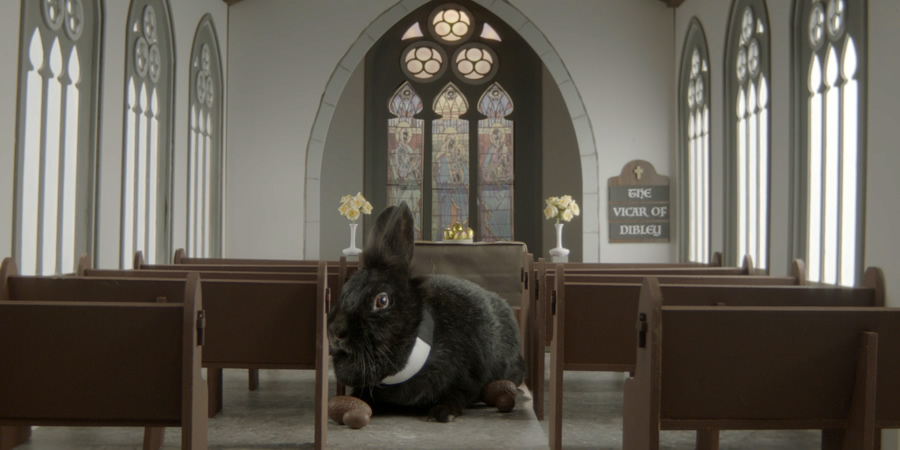 Unfortunately, hindsight is nearly always 20/20 so it didn’t quite work as well as they had planned. In their defense, however, who could have possibly known that rabbits would freeze up once that little red tally light came on! Producers at Gold went all out to provide the best of all worlds so that the actors would be on top of their game as mini-versions of some classic sitcom sets were constructed for them to act in. Producers and directors also spent countless hours prior to filming ‘being the rabbit’ as they tried to understand the actors from ‘within’.

Still, there seemed to be a bit of difficulty for those in front of the camera to physically determine their individual motivations behind their role. Oh, well, you know the saying, “The best laid plans…”

Rabbits or no rabbits, we wish you and yours a very Happy Easter!