Given that PBS viewers of Call the Midwife have just begun series 5, this may come as a bit of a backhanded spoiler alert but news out of the UK today is that Chummy, played brilliantly by Miranda Hart, will return to the friendly confines of Nonnatus House for the sixth series of Call the Midwife which will commence with the annual holiday special this Christmas on both BBC One and PBS. 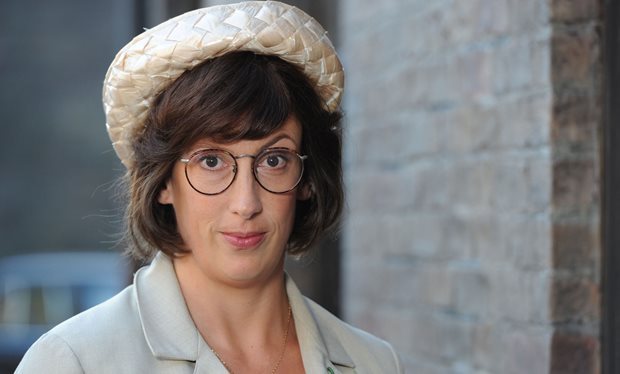 As has been the case in recent years, news traveled fast through Twitter with both series writer and creator Heidi Thomas confirming the news by tweeting, “Thrilled to confirm the top-notch news that Chummy is returning to #callthemidwife!” followed by the excitement of Miranda Hart who expressed a bit of glee over her return.

Tis true CHUMMY'S BACK! Lovely to know people are as pleased as I am about it. Thank you @HeidiThomasMcG I love her! https://t.co/d8RdU9hvGR

The official announcement that came directly from Call the Midwife staff added this: “Chummy gets to grips with the medical and social challenges of the 1960’s. Restored to Nonnatus House, Chummy will relish being back in bustling world of the East End.” A lot has happened in Poplar and in the world since Chummy left at the end of series 4. It will be great to have her back!