Given that Daniel Craig let it slip recently that he’d ‘rather slit his wrists than shoot another 007 movie‘, we had best begin our search for a new Bond as soon as possible. Much like naming a new Doctor, speculation runs rampant every time there seems to be a possibility of naming a new James Bond. While there, most likely, won’t be as much of a call to have the next Bond be female as there traditionally is to have the next Doctor be female, names continue to surface such as Idris Elba (The Wire, Luther), Damian Lewis (Homeland, Wolf Hall), James Norton (Grantchester, Happy Valley, War & Peace), Aidan Turner (Being Human, Poldark, And Then There Were None), Tom Hardy (Tinker Tailor, Mad Max) and, most recently, Tom Hiddleston (The Night Manager).

For my money, I’m going with the great John Luther, a.k.a. Idris Elba. While there are those that think Elba is ‘too street’ for the role of James Bond, just take a look at a few episodes of Luther. ‘Street’ or not, Idris Elba just plain exudes coolness which is perfect for James Bond. 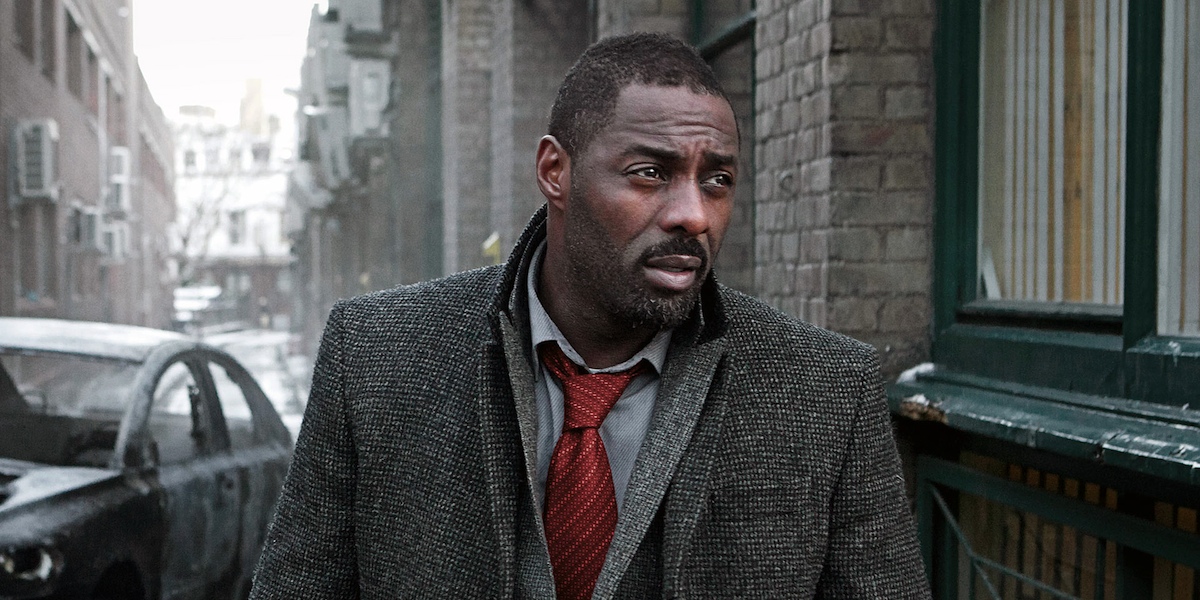 Aside from his coolness in Luther, Elba gets the opportunity to showcase his stunt work in the upcoming film, Bastille Day, which is set to release in theaters later this month. In Bastille Day, Game of Thrones’ Richard Madden stars as Michael Mason, an American pickpocket living in Paris who finds himself in the hands of the CIA when he steals a bag that contains more than just a wallet. Sean Briar (Elba) is the field agent on the case who soon realizes that Michael is just a pawn in a much bigger game and is also his best asset to uncover a large-scale criminal conspiracy in the heart of the police force.

Going against commands, Briar recruits Michael to help quickly track down the source of the corruption. As a 24hr chase ensues, the unlikely duo discover they are both targets and must rely upon each other in order to take down a common enemy. Definitely has the Bond moves and I’m guessing he feels as much at home chasing someone across rooftops in Paris as he would in a tux.