If your TARDIS is in the North Texas area beginning today through Sunday, you need to head on over to WhoFest3 DFW for more Doctor Who than the law allows. The third year of the fest promises to be ‘bigger on the inside’ this year with more panels, guests, concerts, Q&A sessions, celebrity photo ops, costumes across time and space and even activities for the youngest Doctor Who fan in your household. It all happens at the Westin DFW Airport beginning this afternoon through Sunday.

This year’s guest line-up is headed up by the brilliant Eve Myles (Doctor Who, Torchwood, Frankie, Broadchurch 2). Myles first came to the attention of Doctor Who fans when she played Gwyneth opposite Christopher Eccleston, the 9th Doctor, in ‘The Unquiet Dead’. From there, producer Russell T. Davies cast her as Gwen Cooper, the female lead in the Doctor Who spinoff series Torchwood. Myles also has the unique distinction of being the only regular Torchwood cast member to not be killed off, not even once. She can also be seen in the upcoming ITV/PBS series, Victoria, starring Jenna Coleman. 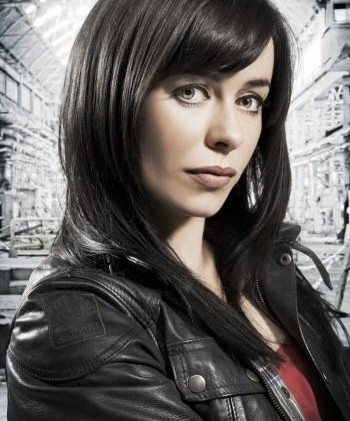 In addition to Myles, guests include Ian McNiece, whom you probably know from his portrayal as Winston Churchill alongside Matt Smith’s 11th Doctor in Doctor Who and as the great Bert Large in the long-running comedy/drama series, Doc Martin, Frazier Hines who played companion Jamie McCrimmon in Doctor Who to Patrick Troughton’s Second Doctor from ‘The Highlanders’ to ‘The War Games’, and again in the Season 22 story, ‘The Two Doctors’ and Wendy Padbury, the Second Doctor’s new companion, Zoe Heriot. For a complete WhoFest3 DFW guest list, click here.

An interesting sidebar to Wendy Padbury’s never-ending connection to Doctor Who, sfter retiring from full time acting, she worked as a theatrical agent where was the one to discover a young actor named Matt Smith, securing him is first professional acting gig.

Check out all the goings on this weekend before you head over to the Westin DFW Airport for WhoFest3 DFW. It will be a great way to spend time between now and when KERA returns Doctor Who to the schedule when the Tom Baker episodes air on Saturdays at  11:00p beginning May 7!