The BBC has confirmed that Peter Capaldi’s new companion for the forthcoming 10th series will be unveiled at half time during the Manchester United v Everton FA Cup semi-final today, St. Georges Day. The identity of the successor to Jenna Coleman’s Clara Oswald has set the internet ablaze ever since it was announced that Coleman was leaving the building, I mean TARDIS, to play a young Queen Victoria in Victoria, this Fall on ITV and January 2017 on PBS. 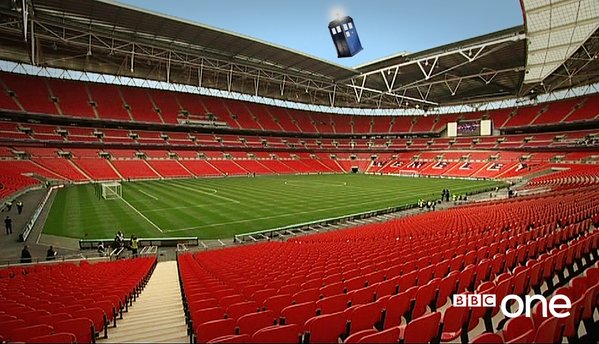 The live edition of Match of the Day starts at 4:50pm with the game kicking off at 5:15pm, meaning fans across the globe should know who will be joining Peter Capaldi’s Doctor in the TARDIS some time between 6pm and 6:15pm BST which translates to 1p-1:15pET/12p-12:15pCT/10a-10:15aPT across America. In a world where anyone anywhere can pretty much place a wager on anything, the online bookie Betfair say the odds-on favorite is newcomer Pearl Mackie, who is currently performing in the National Theatre’s West End production of The Curious Incident of the Dog in the Night Time.  In typical Steven Moffat fashion, the fact that Mackie has just recently started following two former Doctor Who companions, Freema Agyeman and Jenna Coleman, on Twitter is just the type of thing the current series showrunner would do solely for the sake of winding the audience up, not to mention that type of plant would fuel endless speculation. Let us not forget the little Easter eggs Moffat and his Sherlock co-creator/writer, Mark Gatiss, would drop prior to the return of Sherlock with Benedict Cumberbatch and Martin Freeman. Other possibilities seem to still be popping up are British-Asian actress Rakhee Thakrar, a regular on the British soap opera EastEnders, and Georgina Campbell, the BAFTA-winning star of BBC3’s Murdered By My Boyfriend. Series 10 of Doctor Who will begin filming next month with a targeted early 2017 date for transmission.