Shakespeare is believed to have died on his birthday, 23 April 1616, in Stratford-upon-Avon. To honor his life this year, there have been endless efforts put together across the land this weekend to celebrate the Bard’s 400th anniversary from television to film to theatre and classical music.

One of the most creative and interesting celebrations, however, comes from Transport for London in partnership with Shakespeare’s Globe Theatre — a special edition London Underground Tube Map where all 14 lines and 367 stations on the Tube map have been renamed with each line given a specific topic, with station names reflecting the chosen theme. Icons have also been added to help distinguish the plays by genre and highlight those characters who disguised themselves as male or female in Shakespeare’s time. 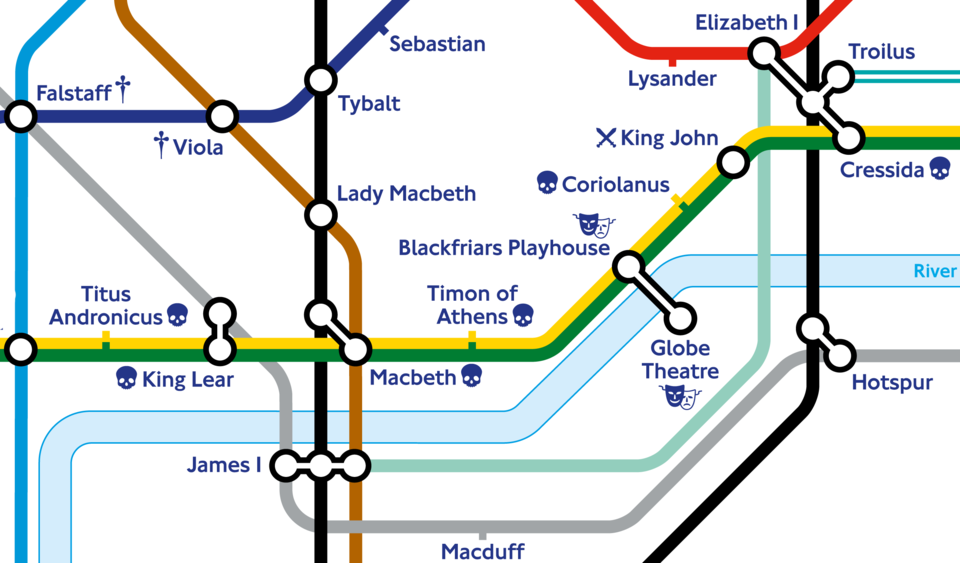 Chris MacLeod, Transport for London’s Marketing Director, said: “The works of William Shakespeare are a global institution and have been loved by young and old for more than 400 years. This new map combines two Great British icons together in a fun but informative way.” 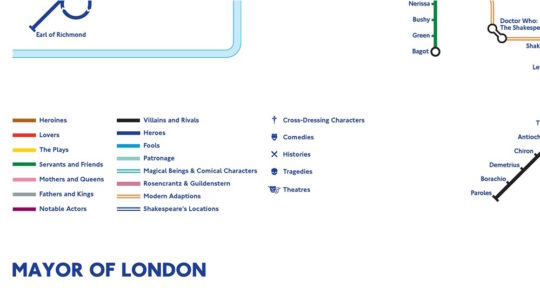 The special edition map will be available to buy as a 24” x 36” maxi poster or as an art print, can be purchased online or directly from Shakespeare’s Globe and the London Transport Museum from April 18. The poster will cost £3.99 while the art print will cost £15.00. A large scale vinyl of the map will also be installed at Bankside Pier near the Shakespeare’s Globe.