Admittedly, it was a bit odd on Saturday as the BBC announced during half-time on Match of the Day‘s live FA Cup semi-final special who would be newest companion to travel through time and space with The Doctor in the TARDIS. As excited as everyone was to see just who would be taking Jenna Coleman’s seat at the table, nothing could match the excitement Pearl Mackie felt as it was publicly announced she was about to become the new Doctor Who companion. 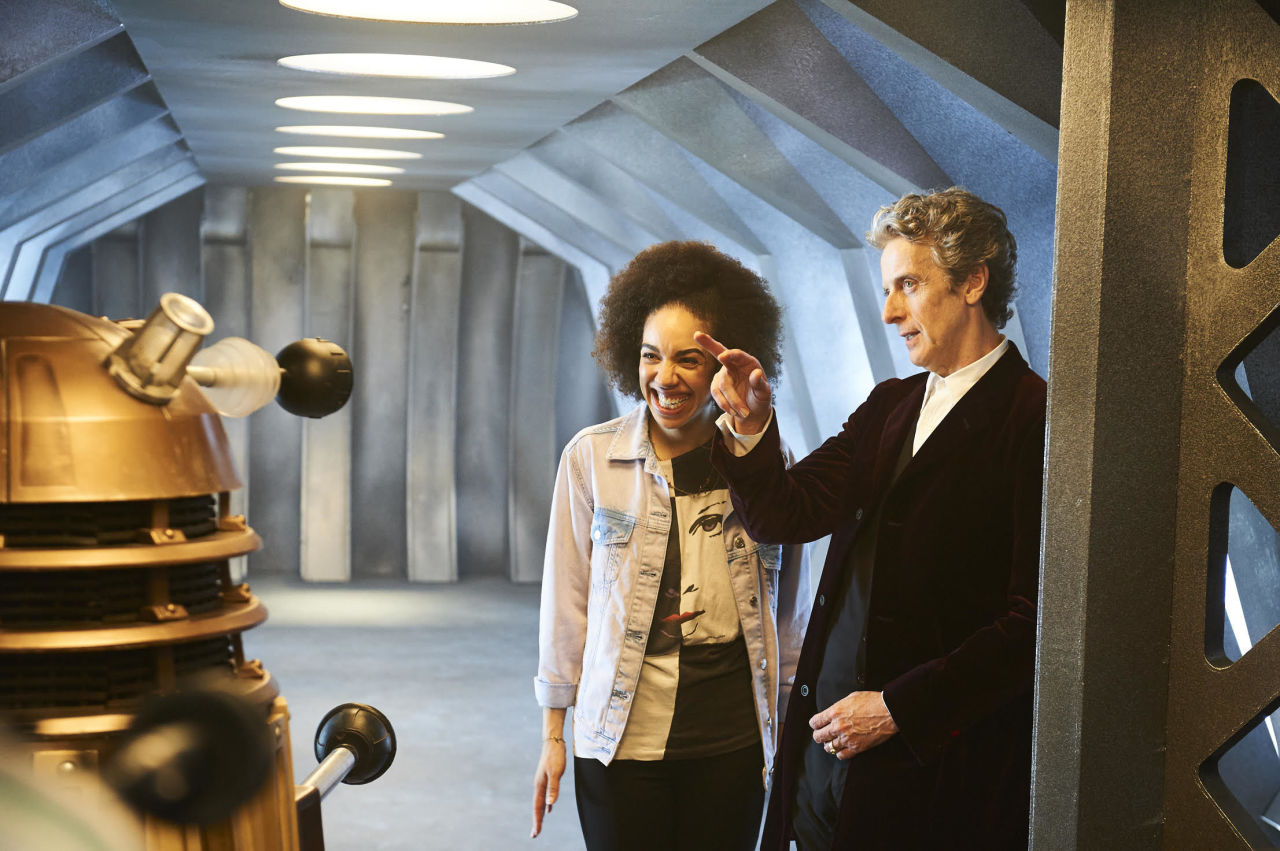 “I’m incredibly excited to be joining the Doctor Who family. It’s such an extraordinary British institution, I couldn’t be prouder to call the TARDIS my home! Peter Capaldi is such a brilliant actor, and his Doctor is such a wacky and wonderful character, I can’t wait to see what adventures are in store for him and Bill throughout time and space, said Mackie.

Mackie continued, “Reading the script at the audition I thought Bill was wicked. Fantastically written, cool, strong, sharp, a little bit vulnerable with a bit of geekiness thrown in – I can’t wait to bring her to life, and to see how she develops through the series.”

While I will always be partial to Elisabeth Sladen’s Sarah Jane Smith and Billie Piper’s Rose Tyler, I do like the excitement that Mackie displayed following the announcement as she attempts to ‘bring a bit of an attitude into the TARDIS’. Mackie’s first season as “Bill” will be current showrunner, Steven Moffat’s last as he prepares to hand the keys to the TARDIS over to Broadchurch showrunner, Chris Chibnall.

Whether or not Peter Capaldi choses to remain as The Doctor when Chibnall takes control remains to be seen but, until then, let’s enjoy what appears to be a fun ride in 2017 with Mackie at his side.