When Planet Earth’s hard-drinking fashionistas Edina and Patsy return this Summer in Absolutely Fabulous: The Movie, it looks like they will be bringing along everyone humanly possible with them. Starring Jennifer Saunders and Joanna Lumley, the feature length big screen version of the award-winning comedy set in the world of fashion and PR follows the drunken duo as they  continue to shop, drink and club their way around London’s trendiest hot-spots then find themselves at the centre of a media storm following an incident at a fashion launch party.

Fleeing penniless to the French Riviera, they come up with a plan to escape so they can, once more, live the high life. Joining Saunders and Lumley for the ride will be original series regulars, Julia Sawalha, June Whitfield, and Jane Horrocks. 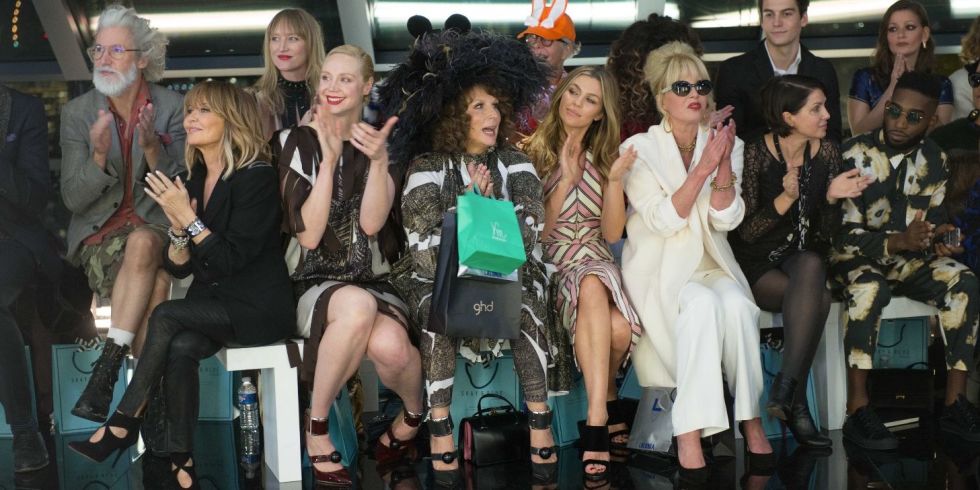 So far, the cameo’s in alphabetical order…

Absolutely Fabulous: The Movie will be released in UK cinemas on 1 July and July 22 in U.S. theaters nationwide.