Gareth Gwenlan, a name you may not be familiar with but whose work you have seen and enjoyed for decades on countless British situation comedies, has died at age 79. Gwenlan, who joined the BBC Comedy department in 1967 as a producer, helped create some of the world’s most beloved British sitcoms, notably The Fall And Rise Of Reginald Perrin, Butterflies, To The Manor Born, Waiting for God and Only Fools And Horses. You’d probably never recognize the face unless you spotted him as an ‘uncredited’ mounted policemen in the 1993 Only Fools and Horses Christmas episode, “Fatal Extraction”. 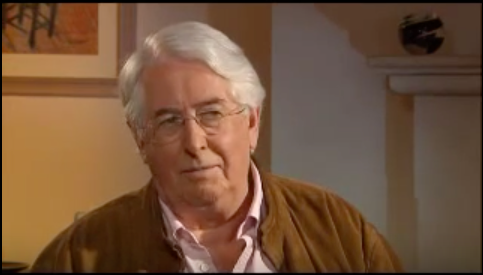 If that wasn’t enough to fill his cabinet with awards, Gwenlan became the Head of Comedy for BBC Wales from 1983 to 1990, where he was responsible for commissioning hits including Blackadder,Yes Prime Minister, ‘Allo ‘Allo!, Birds Of A Feather, One Foot In The Grave, Bread and Keeping Up Appearances.

Gwenlan had a long working relationship with the late John Sullivan, the creator and writer of Only Fools And Horses, which extended well beyond the original David Jason, Nicholas Lyndhurst sitcom, when he served as producer for Rock & Chips, the 2010 ‘prequel’ to the British comedy classic starring Nicholas Lyndhurst and James Buckley. 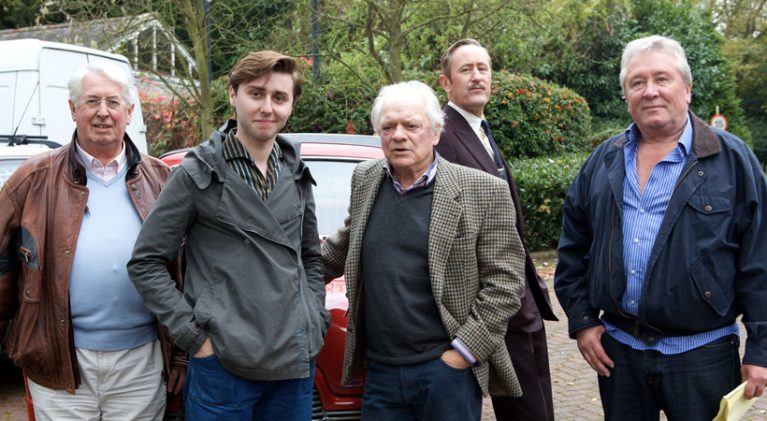 Over the years, we have had the great good fortune to be able to talk British comedy with Gareth as part of several different specials produced for PBS. Here, as part of our PBS special, Behind the Britcom: From Script to Screen, Gareth spoke of his early decision as Head of BBC Comedy to do the unthinkable, to cancel Are You Being Served.

In 2013, Gwenlan was appointed Officer of the Order of the British Empire (OBE) in the annual Birthday Honours for services to broadcasting. R.I.P. Gareth. Thanks for a lifetime of laughs yet to come.