As you probably gathered, we just can’t let National Towel Day and Douglas Adams go just yet. Why, you ask? Well, now comes word that BBC Radio 4 has commissioned a new series of The Hitchhiker’s Guide To The Galaxy, over a decade since the last series aired. According to the British Comedy Guide, it will become the sixth series for the sci-fi comedy on radio, with the show’s last run – Series 5 – having broadcast in 2005.

Adams’ brilliant piece of work that started it all launched on Radio 4 in 1978. The new series is being organized by Dirk Maggs, the director who has overseen previous series of Hitchhiker’s Guide To The Galaxy, alongside David Morley from Perfectly Normal Productions. 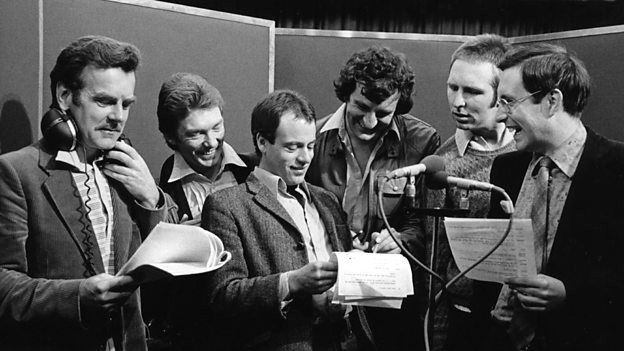 Expected to be titled ‘The Hexagonal Phase’, the British Comedy Guide understands that the new episodes will primarily be based around the book And Another Thing…. In 2009 author Eoin Colfer was commissioned to write And Another Thing… featuring the same characters as seen and heard the previous radio series and books written by Adams.

Although Colfer had the blessing of the creator’s widow, the announcement proved to be controversial at the time. Colfer has recognized that there was “semi-outrage” at the idea of another author contributing to the series, but he has been pleased by the reaction the book has since publication.

And Another Thing… starts where Mostly Harmless, the last Hitchhiker’s book written by Adams, ended. It sees Arthur, Ford, Trillian and Random standing inside Club Beta as Earth is about to be destroyed by the Grebulons, a race of mercenary aliens who have been hired by the bureaucratic Vogons.

This will not be the first time And Another Thing… has been heard on radio. Stephen Mangan (Episodes, Houdini and Doyle, Dirk Gently) and Peter Serafinowicz (Shaun of the Dead, Mr. Sloane) read a copy for Radio 4’s Book At Bedtime strand in 2009. However, this new commission will officially be connected to the main show, with the original radio cast expected to be involved. 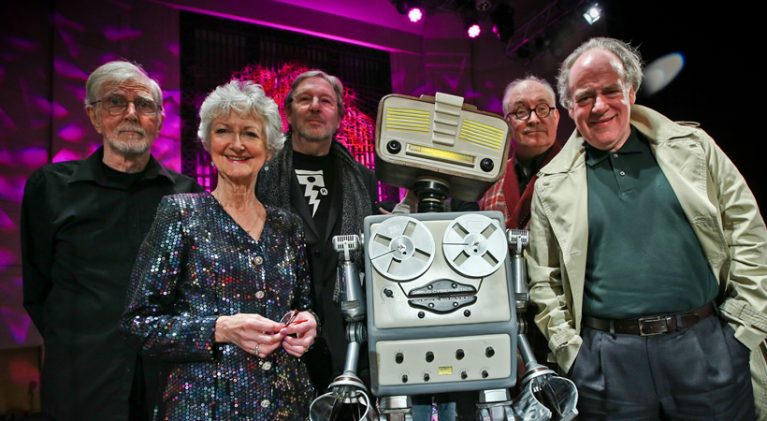 Plans are currently at a very early stage of development, with a six episode run provisionally ordered. Speaking to BCG, Maggs confirmed: “A series has been commissioned but plans are still being put together – what precise form it will all take and who exactly will be involved is all yet to be confirmed.”

Contrary to other press reports, no actors have been signed up to the project yet, however the show is likely to star many of the original cast. Maggs confirmed to British Comedy Guide: “I wouldn’t dream of doing it without approaching the original cast, but it’s way too early to do that yet.”

Simon Jones who plays Arthur Dent, Geoffrey McGivern (Ford Prefect), Mark Wing-Davey (Zaphod Beeblebrox), and Stephen Moore (Marvin) last reunited with Maggs in 2014 to record a special one-off live transmission for Radio 4, The Hitchhiker’s Guide To The Galaxy Live. The episode also saw Susan Sheridan reprise her role as Trillian. It would prove to be her last time playing the character, as she died in August 2015.

Series 6 of the show is expected to air in 2017. Maggs says: “I am very happy to be returning, it will be great to get ‘the band back together’ – for what will probably be the last time.“