Academy Award®-winner Ron Howard’s authorized and highly anticipated documentary feature film about The Beatles’ phenomenal early career The Beatles: Eight Days A Week – The Touring Years has set its US theatrical release date for September 16th, 2016. Featuring rare and exclusive footage, the film is produced with the full cooperation of the two remaining Beatles Paul McCartney, Ringo Starr in addition to both Yoko Ono Lennon and Olivia Harrison. Carefully balancing rare concert footage with an examination of the Beatlemania phenomenon, The Beatles: Eight Days A Week – The Touring Years will cover the Fab Four’s days from The Cavern Club to their final concert at Candlestick Park in August 1966. 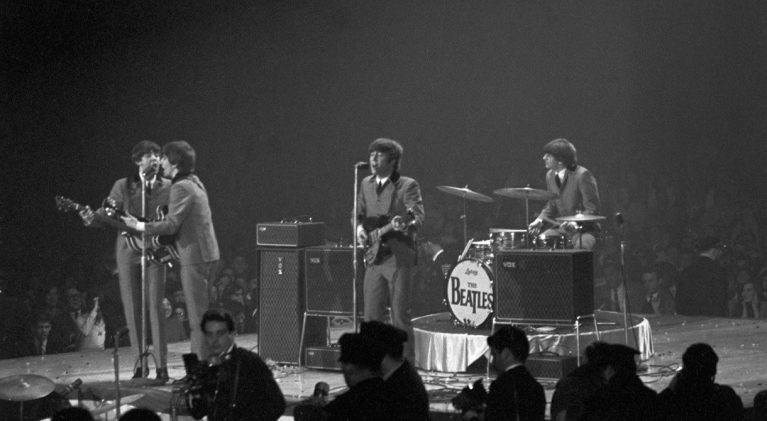 The Beatles: Eight Days A Week – The Touring Years is based on the first part of The Beatles’ career (1962-1966) – the period in which they toured and captured the world’s acclaim. Ron Howard’s film will explore how John Lennon, Paul McCartney, George Harrison and Ringo Starr came together to become this extraordinary phenomenon, “The Beatles.” It will explore their inner workings – how they made decisions, created their music and built their collective career together – all the while, exploring The Beatles’ extraordinary and unique musical gifts and their remarkable, complementary personalities. The film will focus on the time period from the early Beatles’ journey in the days of The Cavern Club in Liverpool to their last concert at Candlestick Park in San Francisco in 1966.

While some will be skeptical when word gets out that there will be ‘never before seen footage’ (you know, like the never before seen World War II footage), a fair amount of the footage will come from super-8 reels taken by fans, which are being digitally restored, and from mixing desk recordings of the band playing live. There will be moments that even the most die-hard of Beatles nuts won’t have seen before. And each segment will seek to put the footage, the music and the mania into the context of the times. Archivists have been working on collecting footage for a couple of years now so there’s no telling what they might have unearthed.

“We are going to be able to take the Super 8 footage that we found, that was all shot silent. We’ll not only be able to digitally repair a lot of that, but we’ve also been finding the original recordings. We can now sync it up and create a concert experience so immersive and so engaging, I believe you’re going to actually feel like you’re somewhere in the Sixties, seeing what it was like to be there, feeling it and hearing it. And as a film director, that’s a fantastic challenge,” said Howard, the Academy Award winner for Best Director of A Beautiful Mind.

The cool thing, too, is that it won’t just be the band’s version of events either as Howard added, “We may have a shot of a boy or a girl very early in their life at a concert, and then we may be able to find them today and talk to them, and talk to their grandchildren and see what their relationship is with the Beatles, and understand how multiple generations find tremendous value and relevance in their music.”

In addition to the September 16 U.S. premiere, an all-star world premiere in London will take place on 15 September and will then roll out theatrically worldwide with release dates set in Japan for September 22, Australia and New Zealand on September 16 and the UK, France and Germany  on 15 September.