Unfortunately, as Sherlock fans, we are all painfully well aware of Benedict Cumberbatch’s jam packed schedule for the next 5+ years. Fortunately, for those behind the forthcoming Absolutely Fabulous: The Movie, it appears that Wanda Ventham (Benedict’s Mum) has found the time to join the endless array of actors and actresses signed up to spend time with Pats and Eddy in the South of France. Ventham will play Edina’s rich Aunt Violet, who hosts a casino party in the South of France.

Benedict’s mum is certainly no stranger to the small screen as PBS audiences will remember her most recent effort as the world’s most famous consulting detective’s mum in 2 episodes from series 3 of Sherlock back in 2014. Most widely known for her role as Col. Virginia Lake in UFO, the 70s science fiction series from producers Gerry and Sylvia Anderson who also brought the world the greatness of Fireball Xl5, The Thunderbirds and Space 1999, Ventham has also appeared in episodes of Lewis, Midsomer Murders, Hetty Wainthrop Investigates, Doctor Who, The Two Ronnies and Only Fools and Horses. She first crossed paths with Sherlock co-creator/writer, Steven Moffat, back in 2001 when she played Steve’s mom, Edna, in the British situation comedy, Coupling. 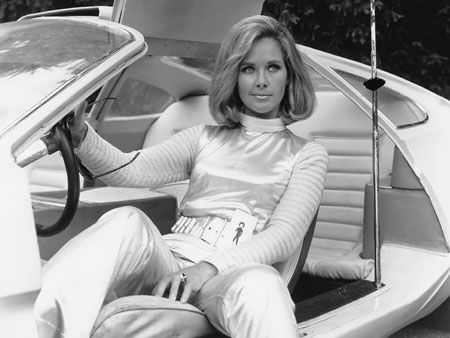 In addition to series regulars Jennifer Saunders, Joanna Lumley, Julia Sawalha, Jane Horrocks and June Whitfield, Absolutely Fabulous: The Movie boasts appearances from the likes of Jon Hamm, Kate Moss, Jerry Hall, Perez Hilton, Stella McCartney, Jeremy Paxman, Rebel Wilson, Emma Bunton, Barry Humphries, Lulu, Harry Styles, Joan Collins, Dawn French, Mark Gatiss, Alexa Chung, Graham Norton and Bruno Tonioli to name but a few. It seems pretty clear that many of the films cameos that are lined up are as much of an AbFab fan as they are actors and actresses so it probably wasn’t too hard to make the cast list look like a Who’s Who of the British acting world.

Absolutely Fabulous: The Movie opens in UK cinemas on Friday, 1 July and on Friday, July 22 in U.S. theaters nationwide.