As pointed out in the Radio Times, England hasn’t had much to cheer about the past few weeks. First, there’s the obvious recent Brexit vote that has caused all kinds of throwing people under the bus/pointing fingers issues. Then there was the unexpected departure of England in the Euro 2016 at the hands of Iceland in the Round of 16. Yes, Wales is still alive (at least at the time of this writing) but that doesn’t help much. Unfortunately, this is not a tournament where everyone gets a trophy for participation. The only acceptable goal is to win it all.

Just when you were beginning to feel like one person on Twitter so eloquently summed up British politics in under 140 characters by declaring, “..this is the most extraordinary day in British politics since yesterday”, along comes Wimbledon and Marcus Willis. Given that Willis is the world’s number 772 ranked player, the British tennis player who has now supplanted the Wernham Hogg Paper Company as the most important thing to come out of Slough to date, is probably not a household name. 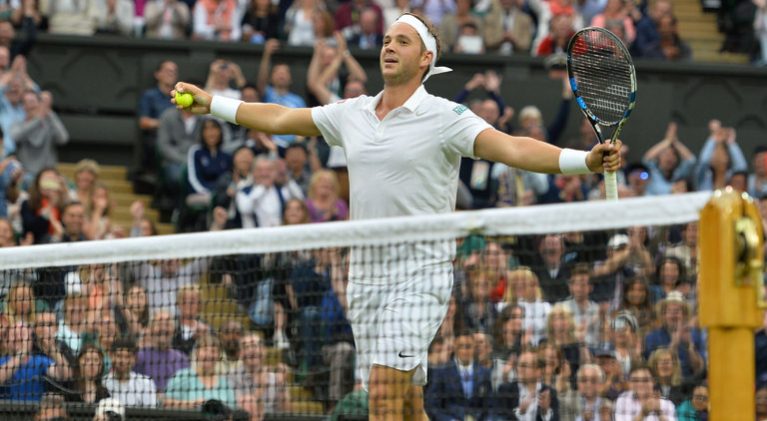 Having earned less than £225 ($292) in prize money this year and Willis actually considered retiring as a player when qualification for The Championships rolled around recently. But, then the unthinkable happened and Willis came through six qualifying matches to make his Wimbledon debut before defeating Lithuanian Ricardas Berankis, ranked at 54, 6-3, 6-3, 6-4 on Monday. Suddenly, England had more than Andy Murray to cheer about at Wimbledon.

Unfortunately, for Willis, his Court 17 victory catapulted him to the almost impossible task of facing the world’s number 3 ranked player and 7-time Wimbledon champion (including 5 in a row from 2003-2007), Roger Federer at Centre Court no less. While Federer was able to make relatively quick work of Willis, you can count him as a fan of what the story of Marcus Willis brings to tennis. 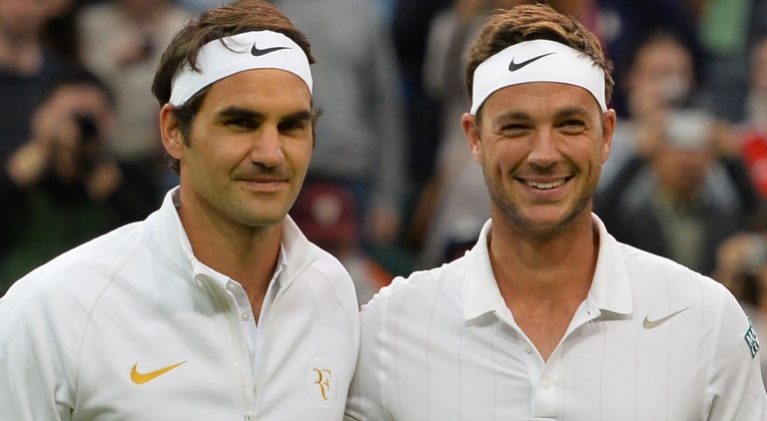 “I saw him play today. He plays well. Plus, he is serve and volleying, which I love to see. He came up with some great, great shots. To beat a guy of Berankis’ calibre in straight sets shows you how tough he is, said Federer. “It was cool to see how pumped up he was.There’s a lot of cool things that are part of the story. I probably don’t even know where to start. I just like the idea of him.” Even fellow Great Brit, Andy Murray, was pumped about Monday’s victory.

Centre Court at Wimbledon is a long, long way from Willis’ “day job” of coaching tennis for £30 an hour at the Warwick Boat Club in England but it’s something that both he and England, especially, will never forget.