It’s Monday so it must be time, once again, to give everyone a heads up that more quality drama is headed to the BBC1 schedule this week. In this case, we’re talking the forthcoming Sunday premiere of The Secret Agent, starring Toby Jones (Tinker Tailor Soldier Spy, Captain America, Dad’s Army and the voice of Dobby in Harry Potter) and Vicky McClure (Line of Duty). 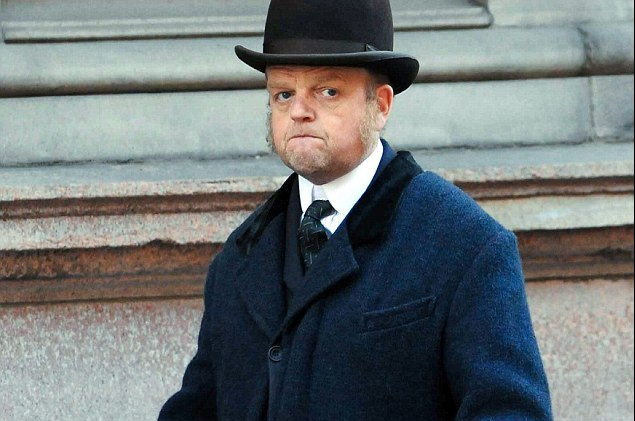 The Joseph Conrad novel about terrorism in 19th century London will feature Jones as Verloc, a Russian spy who runs a seedy Soho shop as a front for his ‘official day job’ as an agent of the Russian Embassy with the sole purpose of spying on London anarchists. As the series begins, Verloc is under pressure from Russia to orchestrate a bomb attack that would destabilize the British government forcing them into a crackdown on a group of London anarchists. McClure as his wife Winnie.

Jones said: “I am both excited and intrigued by the challenge of playing Verloc, the eponymous hero of Conrad’s startlingly relevant novel, The Secret Agent.” Alongside Jones and McClure will be Stephen Graham (Pirates Of The Caribbean, Boardwalk Empire, This Is England) as Verloc’s adversary Chief Inspector Heat, and Ian Hart (Boardwalk Empire, The Driver) as the dangerously unpredictable Professor. There will also be a few familiar faces to public television audiences with Tom Goodman-Hill (Humans, Mr Selfridge) as Heat’s boss, Assistant Commissioner Stone and David Dawson (Ripper Street, Peaky Blinders) playing Verloc’s Russian handler, Vladimir.

The Secret Agent premieres Sunday, 17 July at 2100 on BBC1. Let’s hope a public television broadcast isn’t too far behind.