It wasn’t enough for Andy Murray to take home his second Gentleman’s Singles Trophy at Wimbledon last week, he had to go and rub elbows with the likes of Benedict Cumberbatch immediately following his win over Canadian Milos Raonic. He did, however, do his best to find out as many details about Sherlock‘s fourth season as possible, such as how many episodes we can expect, for example. Sadly, it’s going to take more than winning Wimbledon to be able to get any information out of the series star. 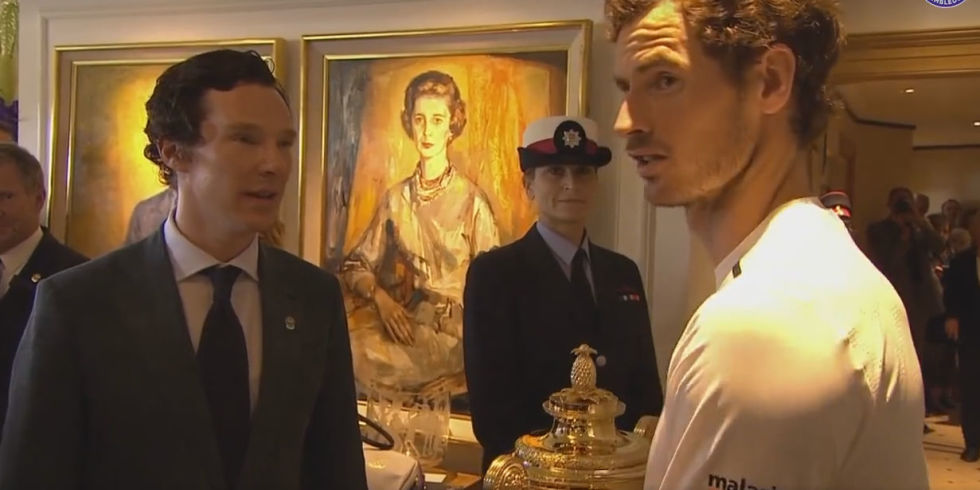 Admitting right up front that he was a big fan of the actor who brilliantly portrays the world’s most famous consulting detective, it probably made Murray’s day (aside from winning Wimbledon) when Cumberbatch countered with, “Likewise“, before complimenting the tennis player on his “brilliant” game.

Murray then asked Cumberbatch what he was up to, and when he replied he was working on Sherlock, Murray showcased his excitement with a fist pump and then, without missing a beat, the question: “How many episodes?” To Murray’s and our delight, the Sherlock star confirmed what we already knew, that there would be three episodes in the newest installment of the Steven Moffat/Mark Gatiss masterpiece beginning in January 2017. If only he would have asked him about a transmission date!