Millions of golf fans around the world turned their collective golfing mind palaces towards the United Kingdom this past week for the 145th British Open at Royal Troon. Those who stuck with the 4-day tourney witnessed history as Sweden’s Henrik Stenson shot 63 for a total of 20-under-par, the lowest 72-score total in Open history, to become the first Swede to lift the Claret Jug.

While Phil Mickelson challenged up to the very end, many of the world’s best golfers found themselves well down the leaderboard for much of the Open. Names such as Rory McIlroy, Sergio Garcia, Jordan Spieth, Dustin Johnson, Jason Day and Bean were no where to be found at the end of the day. Bean? 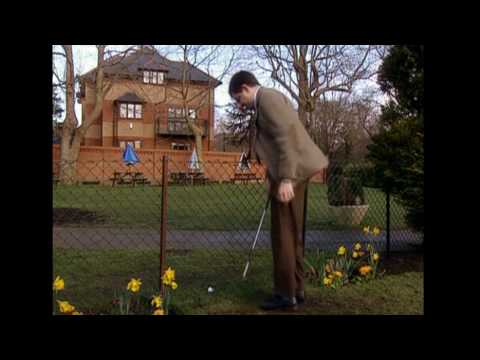 Sadly, the name Bean was nowhere to be found among the group of 152 of the best golfers from around the world. As you can see, while the tenacity of Mr. Bean is unquestioned, his short game is probably better suited more for the world of miniature golf than it is for the oldest of the four major golfing championships in the world. Besides, I’m not convinced Teddy would be able to last as his caddy.