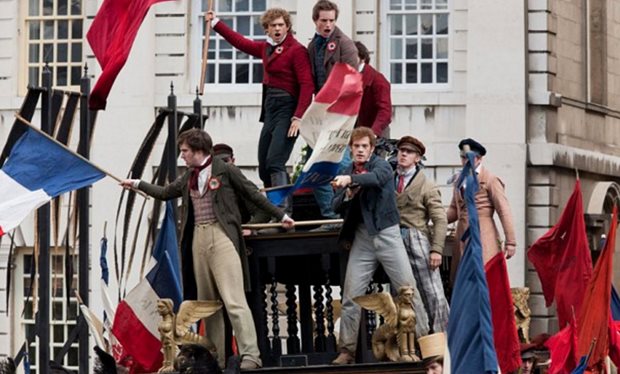 Creator/writer Andrew Davies will bring Les Miserables, Victor Hugo’s 19th-century novel, to the small screen in 2017. Set against the epic backdrop of France at a time of civil unrest, the 6-part drama will bring together Davies’ War and Peace team including the Weinstein Company for the forthcoming BBC production.

“Les Misérables is a huge, iconic title. Most of us are familiar with the musical version, which only offers a fragmentary outline of its story,” Davies told the Telegraph when announcing the series. “I am thrilled to have the opportunity of doing real justice to Victor Hugo at last by adapting his masterpiece in a six-hour version for the BBC.”

Based on earlier comments from Davies, he had absolutely zero interest in making another musical version of Hugo’s classic stating that his interest in moving the story away from the musical versions was paramount. “I hated, particularly, the film of the musical because the singing was so appalling,” said the creator/writer of Middlemarch, Pride and Prejudice, Bleak House, Little Dorrit and the original House of Cards. He also expressed concern that the story had been done too many times.

Thankfully, for viewers, Davies, the BBC and Weinstein Television have all agreed to ‘do the story’ one more time, although I’m going to have to be convinced that a ‘no music’ version will work.