Christmas in July strikes once again as the news out of the UK is that the brilliant Call the Midwife series is back in production in Cape Town, South Africa. The series is currently filming the traditional holiday special which will, in turn, kick off the 6th series in January 2017. 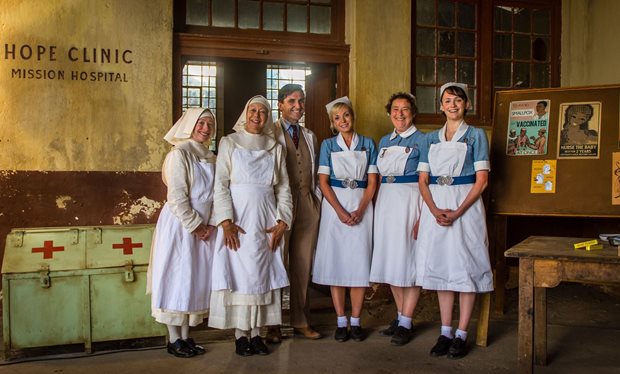 The Christmas special this year will see the residents of Nonnatus House transported to the Eastern Cape of South Africa. After receiving an SOS call from Hope Clinic, a tiny mission hospital which is understaffed, underfunded, and with a poor water supply, they soon learn that the struggling clinic is faced with closure.

Far from home and everything familiar, the Nonnatus House team are both shaken and exhilarated by the challenges they face – and by the time the mission trip is over, some lives are permanently changed.

While it will be more than difficult to get through new episodes knowing that Sister Evangelina has passed, there is good news for fans of the series as Chummy, played brilliantly by Miranda Hart, will be getting back on her bike and return to the friendly confines of Nonnatus House for the sixth series of Call the Midwife. According to reports, Chummy will leave the mother and baby unit and head to Poplar for the new series starting with the Christmas special.

There are no definite dates set as of yet for transmission, but it’s probably a good bet that the holiday special will air on both PBS and BBC1 on Christmas Day with series six returning in January 2017 in the UK and late March 2017 on PBS in the States.