All hail Victoria come January 2017 on PBS. Victoria, the ambitious 8-part ITV drama, which has been dutifully anointed as the series that will make you forget Downton Abbey has shuttered its doors, follows the early life of Queen Victoria from her accession to the throne in 1837 at the tender age of 18 through to her courtship and marriage to Prince Albert. The series chronicles the public and private life of one of history’s most interesting and influential monarchs. 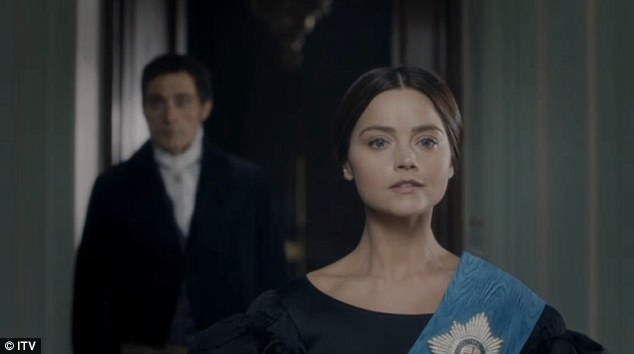 Jenna Coleman (Dancing on the Edge, Doctor Who, Death Comes to Pemberley) stars as a young Queen Victoria and Rufus Sewell (Zen, Middlemarch, Parade’s End, The Man in the High Castle) as Lord Melbourne, Victoria’s first prime minister, Tom Hughes (The Game, Dancing on the Edge, Silk) as her husband, Prince Albert, and Peter Firth (Spooks) as the Queen’s conniving uncle the Duke of Cumberland.

Famous for her candor and spirit, and for having had nine children, Victoria reigned 63 years, which made her England’s longest-serving monarch, until she got beat out by Elizabeth II in September 2015. Victoria, the series, is set to take the coveted Downton Abbey time slot come January 2017 on PBS.

Victoria premieres this Fall on ITV and January 2017 on PBS’ Masterpiece.