Christmas in July continues with the news from ITV that Lee Ingleby (George Gently, Our Zoo) and Hermione Norris (MI5, A Mothers Son, Cold Feet) are set to star in Innocent, a 4-part drama series which tells the story of David Collier (Lee Ingleby) who is living a nightmare. Convicted of murdering his wife Tara, David has served seven years in prison. He’s lost everything he held close; his wife, his two children and even the house he owned. While he’s always protested his innocence, he faces the rest of his life behind bars. His situation couldn’t be more desperate. Or, could it… 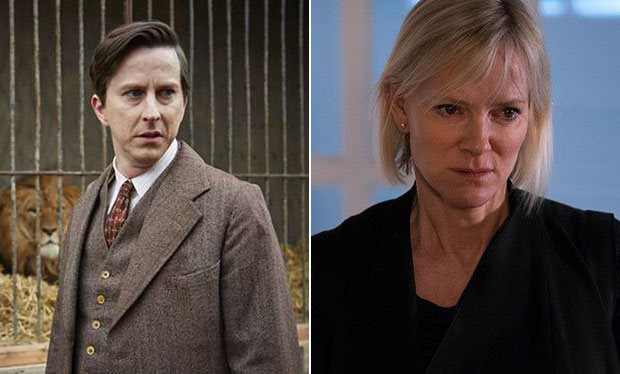 Despised by his wife’s family and friends, his only support has been his faithful brother Phil (Daniel Ryan) who has stood by him, sacrificing his own career and livelihood to mount a tireless campaign to prove his brother’s innocence. Conversely, Tara’s childless sister Alice (Norris) and her husband Rob (Adrian Rowlins) are now parents to David’s children and are totally convinced of his guilt. They’ve become a successful family unit and thanks to the proceeds of David’s estate enjoy a comfortable lifestyle, which is very different to when Tara was alive. For Alice there’s no doubt of his guilt and she’s utterly devastated by the prospect of David’s appeal and re-trial.

If that isn’t enough drama for you, then there is DCI William Beech (Nigel Lindsay) who led the original investigation into Tara’s murder and who has a lot to lose if David’s conviction is rendered unsafe. Charges of slanting the inquiry and potential misconduct would see him professionally humiliated and even suspended. Waiting in the wings should David be acquitted is his junior DI Cathy Hudson (Angel Coulby). However, unknown to anyone but themselves is the fact that they are deep in a relationship.

When David is released on a technicality, a cloud of suspicion still hangs over his head. How is he going to rebuild the life he has lost? Who should he trust? How will he manage his complex web of relationships? And the question stands: is he truly innocent? No idea but guess we’ll find out soon enough when Innocent makes its way to ITV in 2017!