Jonathan Creek, the comedy drama about a supernatural investigator/illusionist who helps solve murders, will return for a new one-off special in 2017 on BBC1. The great Alan Davies will return in the title role along with Sarah Alexander as his wife, Polly. Warwick Davies (Star Wars, Harry Potter, Life’s Too Short) joins the cast for the newest installment of the long running series which began in 1997. From longtime Jonathan Creek‘ writer David Renwick, “Daemon’s Roost” tells the tale of a sorcerer whose gruesome rituals are enacted with ‘horrifying consequences’. 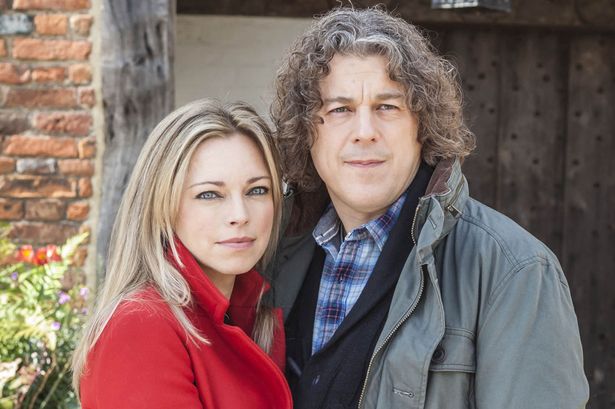 The storyline of “Daemon’s Roost” will center around a horror director called Nathan Clore, whose house was once occupied by a 19th century sorcerer who is thought to have summoned the powers of hell to torment his victims. Good for us, bad for him, I guess, but it looks like Creek will have his hands full as gruesome rituals from the past start being re-enacted in the house after Clore has a stroke.

For my money, it’s been way too long (2014, to be exact) since audiences were last treated to a Jonathan Creek special. Whether it was Caroline Quentin, Sheridan Smith, June Whitfield, Rik Mayall, Joanna Lumley, Ian McNeice, Celia Imrie, Paul McGann or Julia Sawalha, Creek has always been a place to see a familiar face over the five series. Can’t wait to see who joins Alan Davies and Sarah Alexander this time around. It’s not quite the same as if someone had just announced that another great Alan Davies series would return (Whites) but it’s still brilliant that Jonathan Creek is set to return even if it’s for only one special every 2-3 years.