Of all the one-off programs that the BBC has lined up to celebrate the 60th anniversary of comedy on the BBC, Goodnight Sweetheart has to the one I’m most excited about. I thought the original was brilliant. With the original writers and virtually all of the original cast involved, this has potential much like Still Open All Hours (the reboot of the Ronnie Barker classic, Open All Hours) to move beyond the one-off stage to a full series. The cast for the one-off special revival was announced as the program went through its first read-through in London this past week. 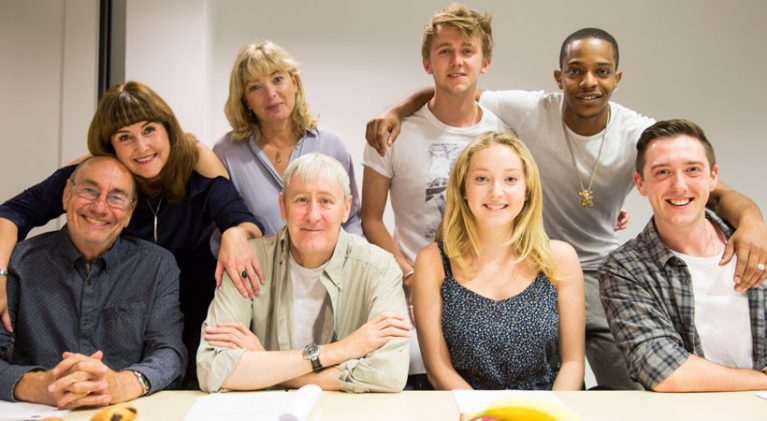 Nicholas Lyndhurst, who starred as Gary Sparrow, the accidental time traveler who led a double life after discovering a time portal allowing him to travel between the London of the 1990s and the same area during the Second World War, in the original Goodnight Sweetheart, will be reunited in the program with both his on-screen wives Elizabeth Carling and Emma Amos, who return to their roles of mid-century Phoebe and contemporary Yvonne, respectively. Christopher Ettridge returns as the much-loved dim-witted P.C. Reg Deadman, while Victor McGuire is back as Gary’s best friend in modern Britain, Ron Wheatcroft. Joining the cast for the one-off special are Tim Preston as Gary and Phoebe’s son Michael Sparrow, a returning character from the original series now a teenager; and Esme Coy as Yvonne Sparrow’s 21st century daughter, Ellie. Interestingly, Esme is also Emma Amos’s real-life daughter and they will be appearing on screen together for the first time in the new special. 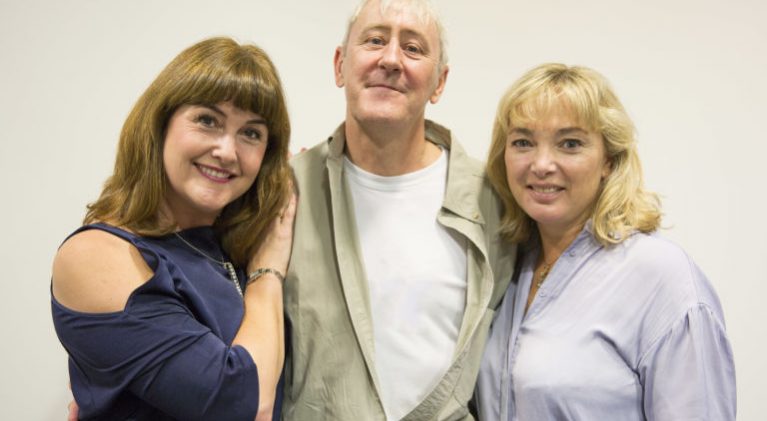 Also making their debuts in the sitcom are Liam Jeavons as Gary’s (young) father, George; and Khali Best as Kyle, a phone shop salesman whom Gary encounters on his return to modern London. For the new one-off special, original series creators Laurence Marks and Maurice Gran (Birds of a Feather, The New Statesman) have written a brand new script which sees Gary Sparrow finally facing the consequences of his time travel and go somewhere he’s never been before, as Goodnight Sweetheart is about to be catapulted into the 21st Century. Somewhat unheard of in today’s British comedy world, the original Goodnight Sweetheart ran for six series and 59 episodes from 1993-1999. Here, Lyndhurst talks about the series while filming the original.

Look for the one-off Goodnight Sweetheart episode to air later this year on BBC 1 with the possibility of it going to a full series should the response warrant. I’m keeping my fingers crossed.