According to THE source for all things Red Dwarf, the long-awaited new episodes that comprised RDXI and RD XII are headed to Dave with the first six episodes beginning in September. As the self-proclaimed ‘home for witty banter’, where else can it go? Every day closer to the premiere brings new teasers as to what we can expect. For long-time RD fans, we now have titles for the first six episodes! 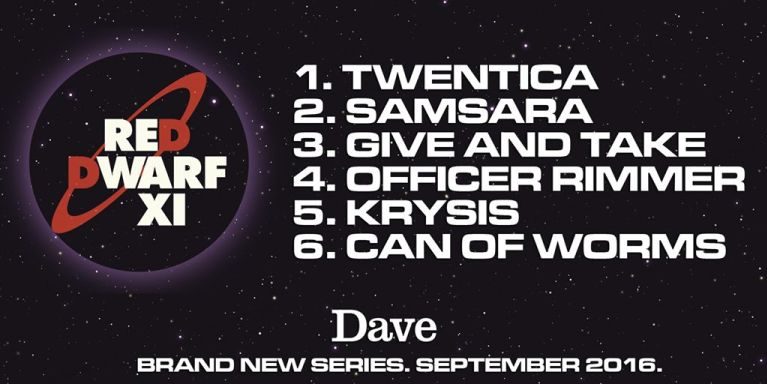 Filming of the forthcoming 12 episodes that make up the two new series took place from October 2015 to early March 2016 at Pinewood Studios (after an entire lifetime at Shepperton) with all the boys coming back on board including Craig Charles, Chris Barrie, Robert Llewellyn and Danny John-Jules as Lister, Rimmer, Kryten and Cat, respectively. While that is great news, I smegging want to know is whether or not Kochanski is coming back or not! Even though it’s a bit difficult to determine where Doug Naylor’s mind palace will be taking us this time around, one can guess that episode four will be somewhat ‘Rimmer-centric’ which is always a good thing.

Early on, when not much was known about the storylines for RDXI, Danny John-Jules, who plays Cat, told Digital Spy that Series XI will go back to its early series roots. He said: “It’s going back to the old school, the four guys and loads of banter. That’s what we want.” Now, more information is leaking out as we approach September. Looks like there will be robots stealing Lister’s body parts, Cat falling in love and Rimmer accidentally saves the life of a Space Corps Captain which leads to a promotion.

For RDXI, fans can also expect Kryten to face a dilemma as he ponders whether to trade in Rimmer, Lister and the Cat for a younger crew, and the boys end up in a sticky situation (surprise!) where they land in an alternative version of America where technology is outlawed, putting both Kryten and Rimmer at risk. And, that’s only the first six episodes. We haven’t even touched on RDXII yet!

If you’re like me and simply can’t wait for September, here are a few killer production stills from RDXI that show the revamped Starbug below and much more. Nigel Tufnel would be so proud! 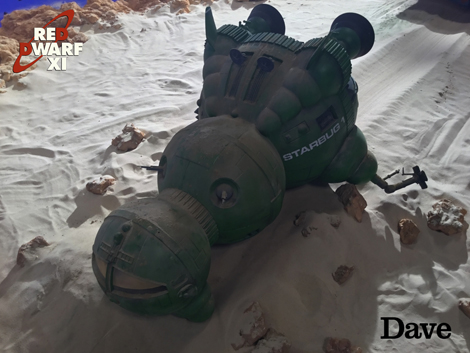 Red Dwarf XI will find its way to Dave in September with, hopefully, a public television broadcast not too far behind.