With Friday’s announcement that Victoria, the heir apparent to capture a Downton Abbey audience that has been walking around aimlessly since early 2016, will go head to head with Poldark, the other ‘next, next Downton Abbey’, might just bring the likes of Michael Buffer out of retirement for a little ringside action.

Going head to head in the main event ratings battle will be the new period drama Victoria starring Jenna Coleman which will premiere Sunday 28 August at 9pm on ITV while just a mere week later on September 4, Aidan Turner will return as Captain Ross Poldark when series 2 of Poldark premieres, also at 9pm, on BBC1. 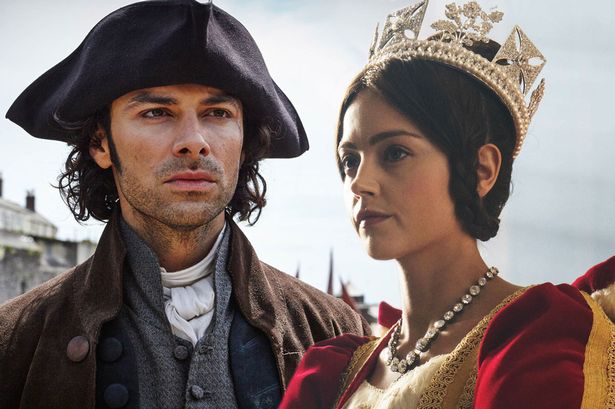 Yes, Poldark has a year head start as it heads into its’ second series but Victoria might just have a leg up in the storyline comparison department as the series opens in 1837 with the monarchy in crisis as an ailing William IV retreats to Windsor with no direct heir which sounds just a bit like Downton Abbey right before Matthew came on to the scene, doesn’t it?

From there, the comparisons between a young Victoria and Matthew Crawley are inevitable. Upon finding out at 18 years of age that she is about to ascend to the throne, the young Victoria embarks on a steep learning curve. Ok, she’s a bit of a brat, she drinks too much champagne and throws things when angry but Victoria is still about to become the Queen of England. Even more comparisons between Victoria and Downton Abbey will be drawn with the inclusion of a number of ‘downstairs’ characters in Victoria.

Time will tell when the two finally meet head to head the first Sunday in September. Poldark achieved both critical acclaim and strong audience ratings when it premiered last year. My guess is that UK viewers will watch the BBC’s Poldark live and DVR ITV’s Victoria so they can bail on the commercials. In an odd twist, independent producers Mammoth Screen produced both series and would probably love to see the networks do everything they could to avoid a Sunday night showdown.

Fortunately, when both series come to America, PBS viewers will have no need to choose between the two. Poldark returns Sunday, September 25 running through November while Victoria will premiere in January 2017. Fortunately, there won’t be any need to clear DVR space on this side of the Atlantic.