After a quarter of a century plus playing Agatha Christie’s quirky Belgian detective Hercule Poirot, Sir David Suchet will guest star on the upcoming tenth series of Doctor Who. Unfortunately, as fans have come to expect in the run-up to any new series of Who, no details exist as of yet with respect to the character Suchet will play other than he goes by…’The Landlord’. Whether he is to be considered a friend or an enemy of the Doctor is yet to be determined. Either way, those little grey cells that worked overtime for 25+ years as Poirot looks like they might hold a few secrets of their own when he and the Doctor cross paths in episode 4 written by Mike Bartlett (Doctor Foster). 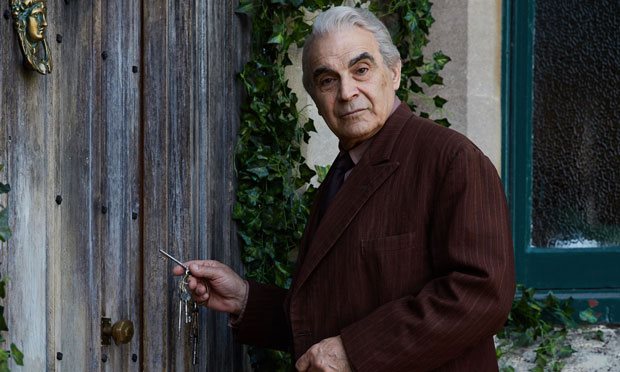 Suchet will be the latest in a series of guest stars that have signed on for the 10th series of the Doctor Who, which is set to air in early 2017 following the Christmas Special in 2016. The Royle Family’s Ralph Little is set to make an appearance, while Matt Lucas (Little Britain) has also confirmed that he will be returning to the program, reprising his character of Nardole from the 2015 Christmas Special. Also joining the series for the first time will be Pearl Mackie as the Doctor’s newest companion in the TARDIS, Bill.

The 10th series will be the final effort for long-time Doctor Who showrunner Steven Moffat, who has helmed the show since 2008 and will be handing over the reins to Broadchurch creator/writer Chris Chibnall,

Doctor Who returns to BBC1 and BBC America in December 2016 with a Christmas Special, followed by series 10 in 2017.