It’s the true definition of drama the instant a young 18-year-old Victoria is told she will be crowned Queen of England. That brief ‘dear in the headlights’ moment when she finds out that her Uncle, King William IV, has died and begins to grasp the concept that she’ll be the next Sovereign is recreated brilliantly by series star, Jenna Coleman (Doctor Who, Death Comes to Pemberely, Dancing on the Edge).

As a nervous 18-year-old, Queen Victoria came to the throne in 1837. As she readies herself for the news, it’s a classic Kodak moment the minute Victoria leaps out of bed and picks up one of her dolls just as she realizes that, as Queen, she must abandon her past and embrace the responsibilities of being monarch before meeting officials who tell her the news that she will be crowned Queen of England. 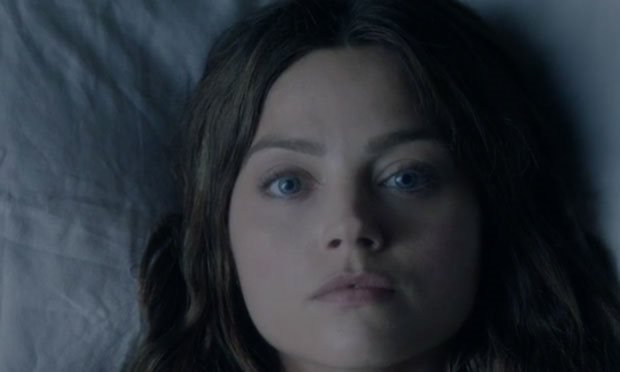 Victoria will grab the highly coveted Sunday night time slot on PBS in January 2017, which was vacated last year when Downton Abbey came to an end, charts the early life of the Queen from her accession to the throne at 18 through to her marriage to Prince Albert (played by The Game‘s Tom Hughes). The drama will also star Peter Firth (Spooks) as the monarch’s conniving uncle, the Duke of Cumberland, Eve Myles (Broadchurch) as her senior dresser, and Rufus Sewell (Zen, The Man in the High Castle) as Prime Minister Lord Melbourne.