Reason #I’ve lost track to be in the UK by this Christmas. Why this Christmans? Well, to start with, BBC1 is showing a two-part adaptation of Agatha Christie’s tale of love and murder in 1920s London, The Witness for the Prosecution, starring Kim Cattrall (Sex and the City), Toby Jones and Andrea Riseborough. The original text is a Christie short story written in 1925 which runs to just 23 pages. It has already been turned into a successful stage play and a much-loved film directed by Billy Wilder and starring Tyrone Power, Marlene Dietrich, Charles Laughton and Elsa Lanchester. 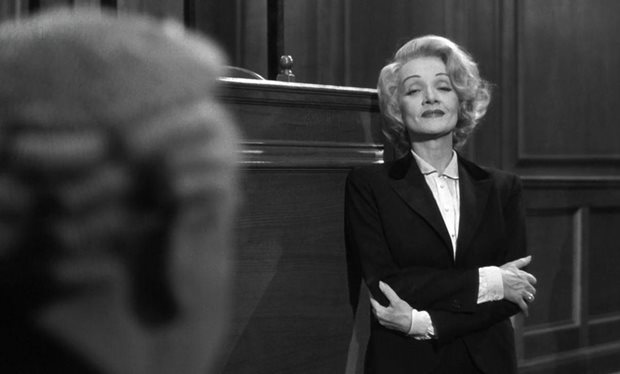 Cattrall plays the glamorous and rich Emily French in the 1920s-set drama, a.k.a. the murder victim. Fortunately for Cattrall, even though the drama is mainly set in the courtroom, it is expected to include multiple flashbacks so as to guarantee her the screen time she deserves. The main suspect, Leonard Vole, is a chancer who has inherited the victim’s fortune and will be played by Billy Howle (Glue, Cider with Rosie). His partner, the enigmatic chorus girl Romaine, will be played by Andrea Riseborough, the British star of the Oscar-winning film Birdman. The unenviable task of representing Leonard is his solicitor John Mayhew, played by Toby Jones (Detectorists, Sherlock, Secret Agent, Dad’s Army), and King’s Counsel, Sir Charles Carter KC, played by David Haig (Thin Blue Line, Penny Dreadful, Yes Prime Minister).

After last year’s successful holiday Christie drama, And Then There Were None, starring Aidan Turner, RadioTimes.com has channeled their best Hercule Poirot only to find out that this is not a coincidence at all. It seems that seasonal Christies are destined to become a BBC tradition in the years to come. BBC insiders point to the fact that “A Christie for Christmas” was the name given to the Agatha Christie’s tradition of publishing a new novel each festive season for most of her career, and they say there is every chance the BBC could follow her lead into 2017 and beyond.

The Witness for the Prosecution is being adapted by Sarah Phelps, who scripted the most recent and very successful Agatha Christie adaptation And Then There Were None last Christmas. The new two-part drama is also being made by the same production company, Mammoth Screen which is becoming quite the production juggernaut in the UK these days putting their stamp on some brilliant telly including Poldark, Endeavour, Black Work, Parade’s End, Victoria and Agatha Raisin.

“With the long terrible shadow of the Great War falling across the rackety, feral 1920s, The Witness For The Prosecution is a compelling story of deceit, desire, murder, money and morality, innocence and guilt, heartbreak and – most painful and dangerous of all – love,” said Phelps. “At the center of this dark and tangled net is the astonishing character of Romaine, a noir heroine for all our times”.

The Witness for the Prosecution – Christmas 2016 on BBC1