Jay, who also worked in the BBC’s current affairs department in his early career and scripted documentaries, had recently returned to the classic sitcom that made his name, working with Lynn on a new play based on the Yes Minister characters in 2010 and writing general election-themed sketches for Newsnight in the same year. 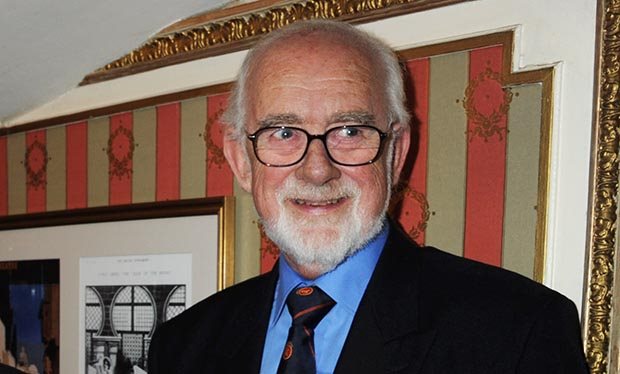 Earlier this month, fans of YM and YPM received one final gift from series creators, Antony Jay and Jonathan Lynn. They collaborated one final time on a brilliantly crafted Brexit-themed Yes Minister sketch which was first published in the Guardian newspaper. So, rest assured, if you are still wondering how leaving the EU will actually work for the UK, Sir Humphrey, the legendary civil service mandarin, clarifies the situation in this new sketch. Enjoy. 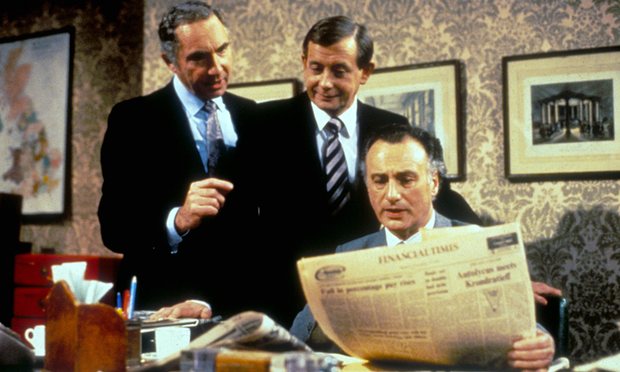 An office. There is a knock on the door.

Minister I’m told I can find the new permanent secretary of the new Brexit ministry in here.

Sir Humphrey Which one?

Sir Humphrey Well, I know you’re not the foreign secretary – the hair, you know, big give-away – and you’re not Mr Davis nor Dr Fox.

Minister I’m shocked. I thought the civil service would be better prepared than this.

Sir Humphrey Normally we are. But normally the prime minister puts one person in charge of a new policy initiative, not a job lot.

Minister There is only one secretary of state for exiting the European Union.

Sir Humphrey So where is Mr Davis? We haven’t seen him yet.

Minister He’s over at Chevening.

Sir Humphrey Oh yes, the official residence the PM has ordered him to share with Boris and Liam.

Minister Yes. They’re squabbling over who gets the best bedroom.

Sir Humphrey So you’re one of the junior ministers.

Minister In charge of all legal matters.

Sir Humphrey Are you a lawyer?

Sir Humphrey On the contrary, that is most fortunate. The civil service has always opposed the appointment of anyone with specialised knowledge.

Sir Humphrey Their preconceived ideas may not be compatible with government policy.

Minister What if the ideas are good?

Sir Humphrey Most good ideas are incompatible with government policy.

Minister Were you in favour of Brexit?

Sir Humphrey I, Minister? I am neither in favour of nor against anything. I am just a humble vessel into which ministers pour the fruits of their labour and their remarkable intellectual endeavours. So tell me – what are we trying to achieve here?

Sir Humphrey I am fully seized of that notion and completely on board of course. But. What does it mean, exactly?

Sir Humphrey Indeed. So does Brexit mean keeping the City of London involved in some or all of European banking, financial and regulatory activity, or trade tariffs? Does it mean curtailing the movement rights of UK nationals as well as EU citizens? Does Brexit perhaps include revising our own governance as EU law recedes from our sceptred isle? Does Brexit mean the legislation of new health and safety regulations, employment and all other laws where we have lost competence to Brussels, including the drafting of 30 or 40 new bills for each Queen’s speech for a decade or two?

Minister Um – not sure – can you clarify that for me?

Sir Humphrey Can you clarify it for me? You are one of those who campaigned successfully for Brexit, in the referendum.

Minister Yes, but we didn’t expect to win.

Sir Humphrey What did you want?

Sir Humphrey We had that already. What else?

Minister Control of our borders.

Sir Humphrey We had that too. Anything else?

Minister Look, when it came to the details, we all wanted something different. But we did agree on one vital essential.

Sir Humphrey Which was?

Minister Brexit. So how do we go about it?

Sir Humphrey The first thing to understand is that there is a European Council and a Council of the European Union.

Minister They’re not the same thing?

Sir Humphrey No. The European Council, whose members are the 28 heads of state of the 28 member states, defines the general political direction and priorities of the European Union whereas the Council of the European Union, on the other hand, develops the EU’s common foreign policy, in so far as there is any, and security policy, concludes international agreements and adopts the EU budget.

Minister So who really runs Europe?

Sir Humphrey Another interesting question. Well done, Minister! The European Union is run on an intricate and sophisticated system based on an hierarchical structure of interlocking and overlapping jurisdictions designed to separate the powers whilst reinforcing the authority of the departments, institutions and agencies who collectively and separately control and supervise the diverse activities of the Union and its associated organisations. So Europe is not run by the president of the European Council or the Council of the European Union but by the president of the European Commission, who is akin to prime minister of Europe because he is elected for five years and heads a cabinet government whereas the president of the Council, on the other hand, is not elected but appointed, and presides over the meetings of the Council, which is not the cabinet.

Minister Who are the members of the European Council?

Sir Humphrey The European Council’s membership consists of the heads of member states while the Council of the European Union, on the other hand – which is often still referred to as the Council of Ministers – is the real voice of EU member governments, adopting EU laws and coordinating EU policies. Sometimes it is just called “the Council” in the interests of clarity. And they’re not even trying to be funny.

Minister It’s not that simple, is it?

Sir Humphrey Would you like us to simplify it for you?

Sir Humphrey In that case, just move all the paperwork that we give you from your in-tray to your out-tray. We’ll do the rest.

Minister Can I trust you?

Sir Humphrey Of course. We are your humble servants …

Minister Yes, yes! I’ve heard all that. But are you in favour of Brexit?

Sir Humphrey That depends what it means.