Every so often, I feel the need to get a weekend dose of the greatest British comedy of all time, Fawlty Towers. Perhaps this is because FT is as close to comedy perfection as there is, even after some 40 years since it was produced. In between, there’s nothing better than a bit of Monty Python and the Holy Grail.

For those that grew up on both Monty Python and Fawlty Towers, hopefully, you are as excited as the rest of Planet Earth or at least the immediate North Texas area to learn that a couple of comedy icons are headed to Dallas on Thursday, December 1 and Friday, December 2 at the Majestic Theatre in Downtown Dallas. Given that KERA, the PBS affiliate in Dallas, was the first station in these here United States to air Python, this once-in-a-lifetime appearance holds special meaning in the hearts of British comedy fans in North Texas. 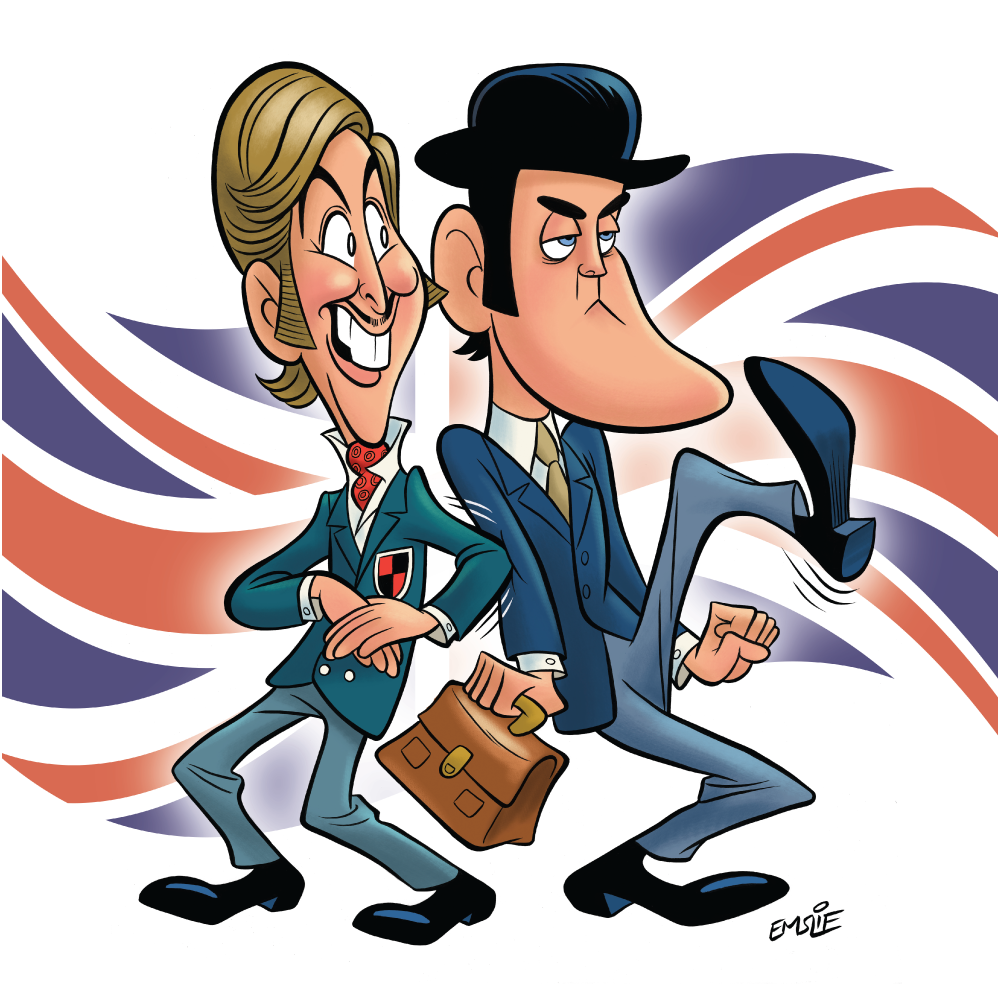 Britain’s living legends of comedy, John Cleese and Eric Idle perform in their must-see new show, John Cleese & Eric Idle: Together Again At Last…For The Very First Time. The British icons will perform unforgettable sit-down comedy, blending scripted and improvised bits with storytelling, musical numbers, exclusive footage, aquatic juggling and an extended audience Q&A to craft a unique comedic experience with every performance. No two shows will be quite the same, thus ensuring that every audience feels like they’re seeing Together Again At Last… For The Very First Time, for the very first time. And now you know why the show is called that, don’t you?

As an added bit of brilliance, KERA viewers have a opportunity to be ‘together again at last…for the very first time’ at the Majestic Theatre in Dallas when you tune in tonight (Sunday) beginning at 10:30p for a Fawlty Towers mini-marathon. You can become a member of KERA and we will say thank you with a pair of tickets to see CleeseandIdle for supporting all your favorite British comedy programs on KERA.

To contribute and secure your tickets to see Cleese and Idle: Together Again At Last…For the Very First Time, click here.