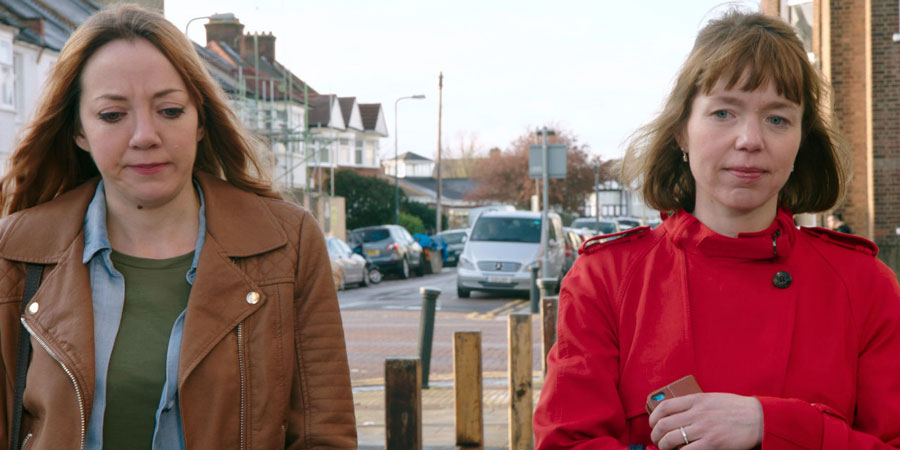 Tonights one-off pilot rounds out the new offerings from the BBC during its Landmark Sitcom Season commemorating 60 years of comedy on the BBC. As with the other episodes that have aired over the last week including Are You Being Served, Porridge, Young Hyacinth and Goodnight Sweetheart, should there be sufficient audience numbers, full series could be ordered in the not-too-distant future.

With Motherland, the BBC may have found lightning in a bottle with a simple story that revolves around a group of mothers (and one stay at home Dad) navigating the trials and traumas of middle class motherhood. While an earlier BBC comedy, Outnumbered, could have easily been the poster child for zero population growth, Motherland focuses much more on, you guessed it….the mothers and how they cope with small children.

You’ve got the ‘alpha mums’, headed by Amanda (Lucy Punch), the no nonsense but chaotic northern mum, Liz (Diane Morgan) who feels like kids should be able to enjoy endless free expression, Julia (Anna Maxwell Martin), the stressed career mum who sadly lacks the organizational skills to be an alpha mum (you just need to see Amanda’s ultimate statement of success, her kitchen cork board), and stay-at-home Dad, Kevin (Paul Ready) who embraces his role head on which does nothing but irritate the others.

To some, Motherland could easily be a documentary rather than a comedy which makes me wish all the more that this will get the nod for a full series in the near future and then makes its way to public television in America soon after.