It’s fitting that the series which originally laid the groundwork for the current 60th celebration of the BBC sitcom,  turned out to be a gem of a find in a lost Hancock’s Half Hour script. It was 1956 when one of the most popular shows in the UK made the unheard of scary leap from radio to television, setting the stage for the situation comedy to become one of the small screen’s most loved genres. 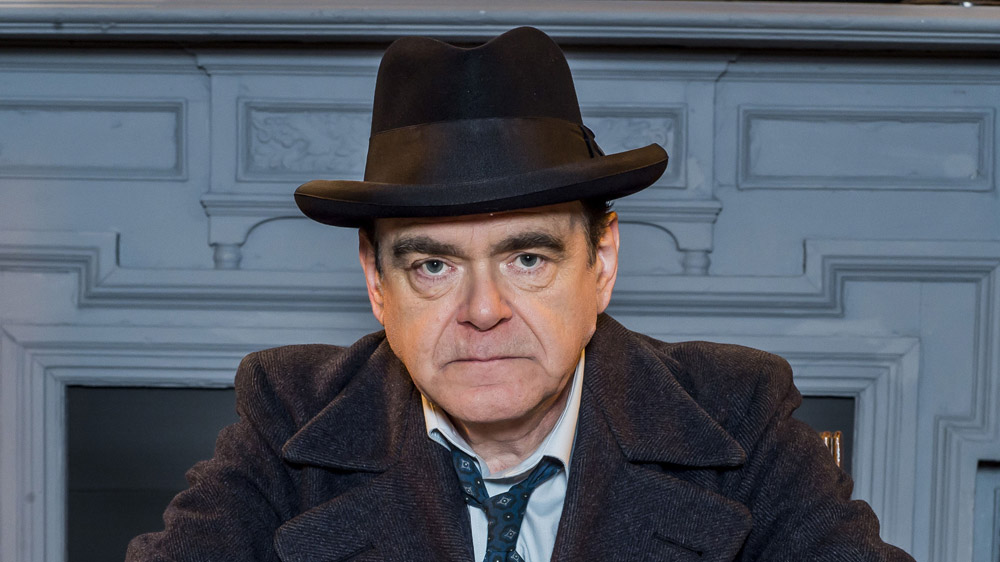 Original series creators/writers, Ray Galton and Alan Simpson, signed on to ‘develop’ a ground-breaking format that would be a significant departure from the funny voices, musical interludes or stand-up routines present in the original radio series. Instead, their charge was to create a series of 30 minute “situations” that drew their humor from the characters and the mundane aspect of their everyday lives.

To commemorate the 60th anniversary of the first radio broadcast in 2014, a series of Missing Hancocks were commissioned, as in new recordings of episodes no longer in the BBC’s audio archives. Now, as part of BBC Four’s Lost Sitcoms season, celebrating 60 years since the original program transferred from radio to TV, Kevin McNally reprises his 2014 Missing Hancocks performance as Tony Hancock in a brand new television version of ‘The New Neighbour’, which happened to be one of the original Hancock’s Half Hour episodes converted from radio that no longer exists.

While I don’t necessarily care for remakes, this one definitely works. For one, you have a classic Galton and Simpson script to work with. Two, Kevin McNally’s version of Tony Hancock playing Hancock. In addition to McNally, also returning for the one-off tribute to what starting this whole 60-year experiment called situation comedy on the BBC will be Robin Sebastian, Devin Eldon Jon Culshaw and Katy Wix.

With a number of ‘lost episodes’ still a big part of the history of Hancock’s Half Hour, hopefully, the BBC won’t wait until another anniversary to celebrate but rather the cast will be reassembled soon and start cranking these out for fans to see….which is more than I can say for the Till Death Us Do Part reboot.