Who’s up for a bit of ‘science, Monty Python-style’ this Christmas? If you are, then The Entire Universe will be the perfect BBC2 Christmas gift to unwrap this holiday season. International Man of Science, Brian Cox, and the comedic greatness of Eric Idle will join forces what will appear to be a scientific lecture going weird. Really weird as in Cox’s lecture turns into a major musical put on by the Muriel Tritt School of Music and Dance, choreographed by Arlene Phillips. 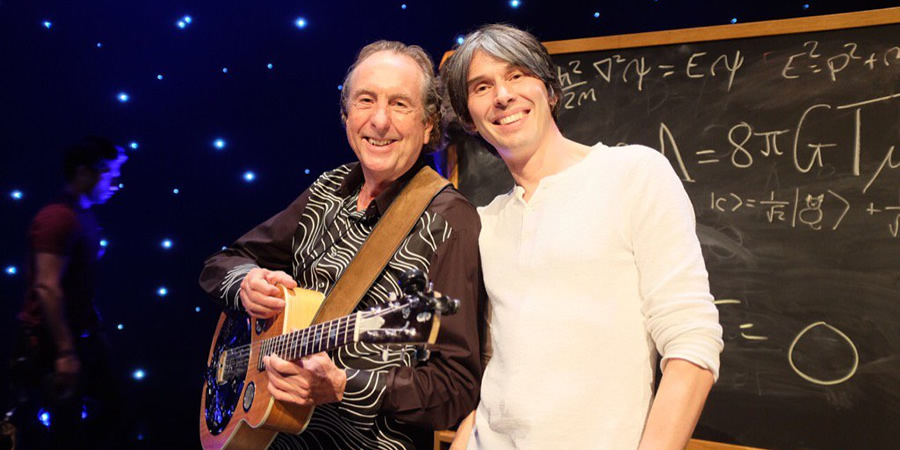 According to the BBC, Cox will begin the program with his customary festive Christmas science class lecture at the Rutland Weekend Television studios. From there, it’s definitely “And Now for Something Completely Different” as we’ll see Cox try his best to mentor Idle in an attempt to fill his considerable science deficiency with ‘Spamalot-style’ songs. Warwick Davis and Noel Fielding will join Cox and Idle in the quest to ‘try and depict the birth of the entire universe. Davis, will play ‘The Big Bang’, with Fielding taking on Einstein, Game of Thrones actor Hannah Waddingham tackles time and Robin Ince tries to keep order with heavy emphasis on ‘tries’.

Idle, who always looks on the bright side of life, is understandably excited about the possibility of tackling ‘the entire universe’. “I am very pleased that Rutland Weekend Television is back on the air on the BBC with a Christmas special only 41 years after its last one. The world’s smallest TV station takes on the world’s largest subject, the entire Universe,” said the former Python.

Cox, however, expressed a bit more realistic concern about the potential end to his career saying, “I’ve made many television documentaries over the years and a constant complaint has been that the music is too loud and obscures the music. This, definitely, undermines my credibility as a serious scientist. I expect ‘The Entire Universe’ to the the final nail in the coffin.”

The Entire Universe is being filmed in front of a live audience at BBC Elstree Studios this coming Friday 16th September for broadcast on BBC Two in December.