Before you read this in the supermarket tabloids, I wanted to be the first to let everyone know. The current series of The Great British Bake Off will be the last to air on the BBC after the company behind the baking program broke off talks to renew their contract with the corporation. Love Productions, which makes the program, confirmed over the weekend that it had been “unable to reach agreement on terms to renew the commission of The Great British Bake Off,” after negotiations that had dragged on for more than a year including an 11th hour final push on Monday failed. According to the producers, even though one of the key issues was money, “…this has never been about who might write the biggest cheque, but about where we can find the best home for Bake Off.” 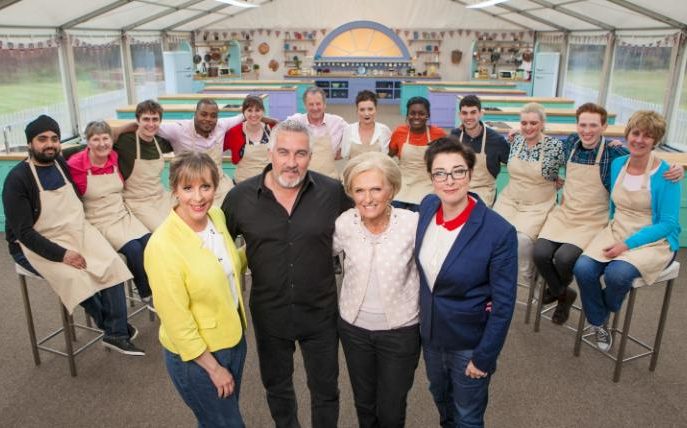 The company is understood to be keen to seal a deal with a free over the air broadcaster with Channel 4 seen as being the most likely destination for the show as of this writing. In an email to all staff,  Love Productions said: “We are writing to let you all know that, with deep regret, after more than a year of exhaustive negotiations we have been unable to reach an agreement with the BBC for the renewal of The Great British Bake Off. We feel it is very important to let you all know as soon as possible because there has been a lot of inaccurate reporting in the media about the negotiations and we want you to be aware of the main facts.”

This doesn’t come at a good time for the BBC as the premiere broadcast of the 2016 series was the most-watched in the history of the show, generating an audience of just under 11 million viewers while 15.1 million people tuned in to see Nadiya Hussain win the last series in 2015. The series has had an extraordinary six-year run on the Beeb with the last three making their way across the Atlantic finding a U.S. home on PBS where it has become a definite audience favorite.

As mega-popular as it is, The Great British Bake-Off, which airs as The Great British Baking Show on PBS, is not without a lot of drama and a bit of controversy over the past six series which is a testament as to how popular it is and how audiences really get into the show. The first show of the 2016 competition set off a Twitter firestorm as the 12 contestants were charged with producing a plate of jaffa cakes for ‘Cake Week’. If that wasn’t bad enough, judge Paul Hollywood had the audacity to dunk his jaffa cake into his tea for heavens sake. Oh, well, nothing like a little #jaffagate to raise the awareness level of the series.

Jaffa cakes aside, we’ll leave the injustice of the bread sculpture of a lion for another day…