Still Open All Hours, the sequel to the iconic BBC sitcom Open All Hours, which originally ran from 1973 to 1985, will return later this year for a Christmas special one-off followed by a third series with a targeted transmission date of January 2017. Starring original OAH cast members, David Jason, Lynda Baron, Stephanie Cole and Maggie Ollerenshaw, Still Open All Hours is written by original series creator/writer, Roy Clarke. 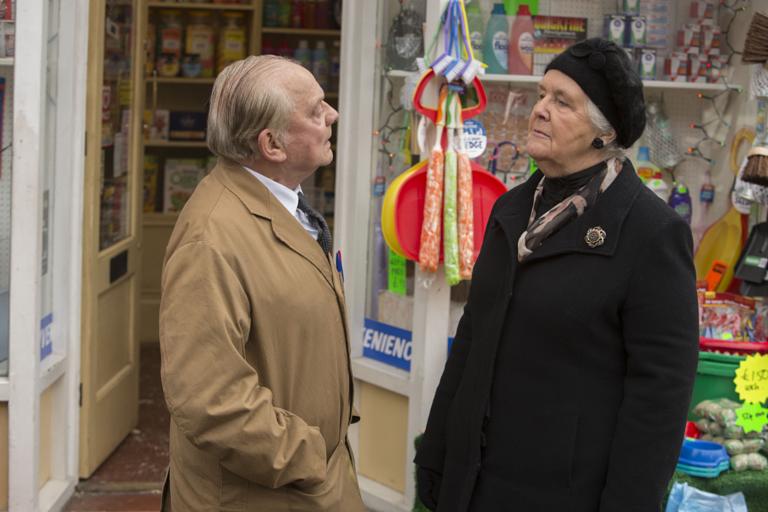 The story of Still Open All Hours is the blueprint for what the BBC hopes will be the same for their recent one-offs of Young Hyacinth, Are You Being Served, Goodnight Sweetheart and Porridge. It was December 2013 that a 40th anniversary special ran on BBC1. Based on audience response, the first of what will now be three series was commissioned not long after in January 2014.

With Clarke, once again, signed on to write the new series and with much of the cast returning for the third series, unfortunately, Lynda Baron will not be returning as Nurse Gladys Emmanuel. “I was thrilled by the huge success of Still Open All Hours and was very happy to be a part of it.  However this year it just isn’t possible to fit it in with my schedule, said Baron, leading to speculation that the actress might be in the hunt for another return to Eastenders.

The original Open All Hours ran for 26 episodes over four series between 1973 and 1985 and featured the greatness of Ronnie Barker as the pragmatic, miserly owner of Arkwright’s and David Jason as his nephew, Granville. For the newest effort, Granville has inherited the shop from Arkwright and now employs his son, Leroy (played by James Baxter), who takes over the early days Granville role of forever feeling like life is passing him by while continuing to be saddled with his shop duties.

Still Open All Hours returns Christmas 2016 to BBC1. The series will finally make its way to public television stations in the States in 2017.