As Poldark fans in the States ready themselves for the September 25 second season return, PBS has a little behind-the-scenes gift coming your way in Poldark Revealed airing this Sunday from 9:00pET/8:00CT. New to the table Poldark fans might think the overarching debate centers around whether or not Aidan Turner will remove his shirt again this year but the real debate for long-time Poldark fans just might be who the ‘best Captain Ross Poldark’ is. Much like the battle lines being drawn as to who is the better Sherlock, Jeremy Brett or Benedict Cumberbatch, which side you end up on may be determined by when you started watching the series. 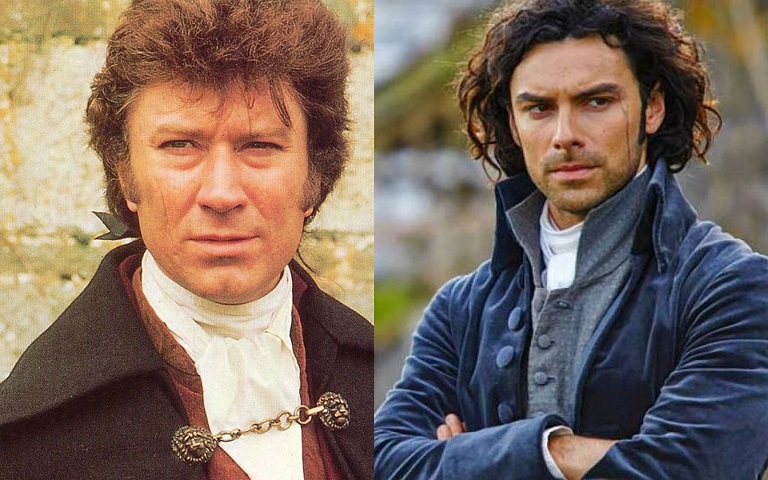 Whichever side of the ‘Poldark vs. Poldark’ debate you find yourself, the fact that we all get to see Robin Ellis return as the Reverend Dr. Halse is brilliant. In this clip from Sunday’s program, the original Captain Ross Poldark, Robin Ellis, talks about how it was for him coming back almost 40 years later to play opposite the new 2016 version of Captain Ross Poldark, Aidan Turner. Turner talks about how it was shooting his first scene with Robin Ellis. Another bonus of this clip has the son of Poldark author Winston Graham, Andrew Graham, reading from the books.

As far as this whole ‘removing of the shirt’ debate thing, one can immediately see the differences of the audience reaction to both 1970s Poldark and 2015 Poldark. In the original Poldark, Ellis only took his shirt off once and when a viewer complained, it never happened again. However, the new 2015 Poldark exposing his chest was fine, Ellis said. “As Aidan said himself, when you work hard as Poldark did trying to reestablish his life, it’s a sweaty job, so he took off his shirt.”