At long last, the return of Poldark is upon us. For those that have been (im)patiently needing to learn the fate of Captain Ross Poldark, we are mere hours away from the 2-hour premiere of series 2 at 8:00pET/7:00pCT on PBS. The new Poldark took America by storm when it premiered last year as present day fans of the PBS Masterpiece series have been re-introduced to Captain Ross Poldark, brilliantly played by Aidan Turner (Being Human, The Hobbit), with Eleanor Tomlinson as Demelza, Heida Reed as Elizabeth along with Kyle Sollar and Jack Farthing as Francis Poldark and George Warleggan. 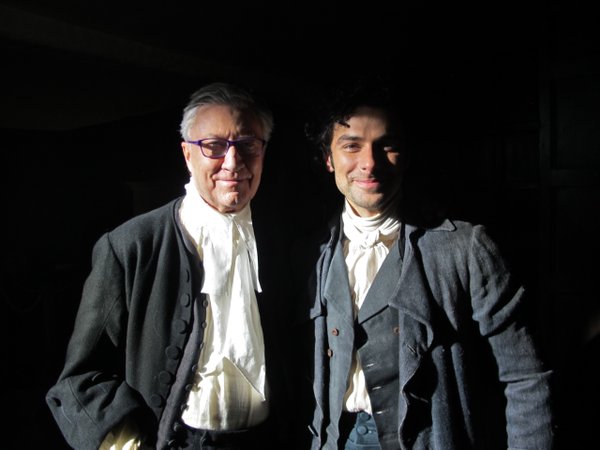 I say re-introduced because Poldark, with Robin Ellis as Captain Ross Poldark, actually had its’ PBS premiere on the then-titled Masterpiece Theatre in 1977 where it was first introduced to American fans by series host, Alistair Cooke. Cooke, who hosted the series from 1971 to 1992, was Masterpiece Theatre. At the time, Upstairs Downtairs had come to an end in 1975 and fans were a bit desperate for the ‘next Upstairs Downstairs‘ and Cooke was there to bring it to them.

Well, it seems not much has changed since 1977 as we fast forward to 2016 where it seems pretty clear that history is repeating itself with viewers, well aware that Mr. Carson has closed the doors of Downton Abbey, just might have found the ‘next Downton Abbey‘ in Poldark. Already commissioned for a third series, the BBC and PBS may just be on to something.